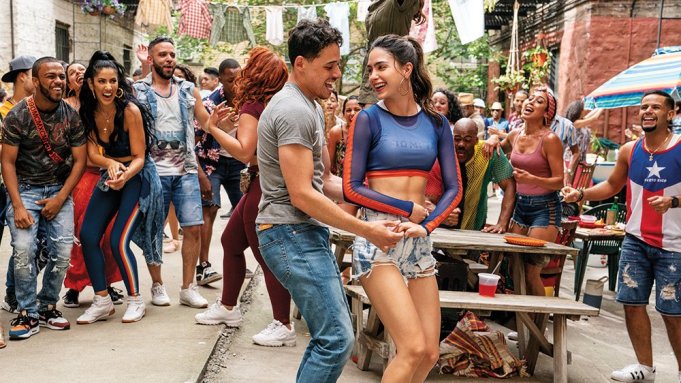 Since “In the Heights,” a lauded adaptation of Lin-Manuel Miranda’s Broadway musical, fell short of box office expectations, it would be easy to point to its hybrid debut on HBO Max as the culprit.

Yes, it’s possible that some HBO Max subscribers opted to watch the movie at home rather than venturing out to theaters, depressing overall box office ticket sales. (The company doesn’t release viewership data for HBO Max, but even if it did, it would be impossible to know how much money was left on the table.) In reality, “In the Heights” was facing much larger obstacles than easy-to-reach TV remotes.

“It’s not really a box office vs. streaming problem,” says Shawn Robbins, the chief analyst at Box Office Pro. “‘In the Heights’ had a strong core fanbase, but it didn’t expand beyond that.”

Robbins noted that recent offerings from Warner Bros. — particularly “Godzilla vs. Kong,” “Mortal Kombat” and “The Conjuring: The Devil Made Me Do It” — each scored solid box office receipts despite opening on HBO Max at the same time. As the movie business recovers from the pandemic, Warner Bros. is putting its entire 2021 film slate, consisting of “Space Jam: A New Legacy” and “Dune,” among others, on HBO Max in an effort to boost streaming service subscribers. In post-vaccine times, theatrical movies that have drawn the biggest crowds were mostly sequels that hailed from popular franchises.

That suggests that “In the Heights” failed to draw a big audience on HBO Max in addition to striking out with ticket buyers. And that’s a problem. “In the Heights” carries a $55 million production budget, which means it needs to gross roughly $110 million at the global box office to cover that cost. But that doesn’t include the tens of millions of dollars more that Warner Bros. spent marketing the film. Plus, the $55 million figure doesn’t factor in the millions of backend that Warner Bros. paid Miranda and director Jon M. Chu to keep them happy after the studio decided to put the movie concurrently on HBO Max. That probably means that “In the Heights” needs to gross in the $200 million range in order to be a financial success.

To be fair, streaming complicates that math, because the film’s value is not just dependent on its box office figures. Warner Bros.’ parent company WarnerMedia is also looking to add HBO Max subscribers, but it’s unclear if “In the Heights” sparked new signups.

Despite stellar reviews and strong audience scores, “In the Heights” proved difficult to market for several reasons — though it was certainly not for lack of trying. If you’ve turned on cable in the past few weeks, chances are you’ve been treated to a trailer for “In the Heights.” The studio embarked on a massive campaign to promote the film through costly TV spots, influencer screenings and social media hits featuring Ariana Grande, Oprah Winfrey, Reese Witherspoon, Hugh Jackman and more. Ahead of its theatrical release, Warner Bros. screened the movie at the Tribeca Festival in New York and the Los Angeles Latino International Film Festival, earning a great deal of media coverage in the process.

“There was enthusiasm and hope that a movie like this would create huge interest in movie theaters because it benefits from the communal experience,” says Paul Dergarabedian, a senior media analyst with Comscore. However, he adds that “musicals are a fairly mixed bag in terms of box office results. It’s not like horror movies, which have a very consistent track record.”

“In the Heights,” which centers on a lively neighborhood in upper Manhattan, was a hit when it opened on Broadway in 2008, winning several Tony Awards. But the show doesn’t have the same pop culture resonance as “Wicked,” “Hamilton” or other musical theater breakouts. Adding to challenges, the cast was comprised of largely unknown stars or emerging talent, including Anthony Ramos, Melissa Barrera, Leslie Grace, Corey Hawkins and Olga Merediz. Because it didn’t have A-list actors to tout, the studio hinged its promotional efforts on Miranda and Chu, marketing “In the Heights” as a new movie from the director of the commercial hit “Crazy Rich Asians” and the creative mind behind “Hamilton.”

“One of the only positive takeaways at the moment is that the people who are seeing it are loving it,” Robbins says. “We’re not seeing a divide between critics and moviegoers. This is the trouble with an art form and business colliding.”

It’s also necessary to mention that movie theaters are still rebounding from COVID-19. There’s hesitation among consumers, even those who are vaccinated, and on top of that, many U.S. cinemas have restricted capacity for social distancing. At the same time, 25% of multiplexes in the country remain closed. For “In the Heights,” its 2.5 hour runtime also likely limited the number of showtimes per day.

Though Warner Bros. delayed the film’s release date by a year due to the pandemic, “In the Heights” was always intended as a summer blockbuster to align with the film’s setting. The goal was to have moviegoers leave the theater craving a piragua, the Puerto Rican syrupy shave-ice treat that has a fun presence in the movie. Yet its timing, in the heat of summer, may not have worked in the film’s favor. Musicals may have an unreliable track record at the box office, but many successful song-and-dance properties as of late, like “La La Land” ($448 million globally), “The Greatest Showman” ($438 million globally) and “Bohemian Rhapsody” ($913 million globally), opened in the fall and winter, giving it time to build an audience around the holidays. Summer musicals such as “Mamma Mia” ($609 million globally) and its sequel “Here We Go Again” ($395 million globally), both featuring the music of the famed Swedish pop group ABBA, as well as “Hairspray” ($203 million), which boasted a cast of well known actors, are the exceptions.

“Warner Bros. promoted the movie very heavily, to their credit,” says Robbins. “They promoted it as an event movie despite its hybrid release. But, really, this wasn’t like ‘The Greatest Showman’ in that [“In the Heights”] didn’t have a major star to attract audiences.”

In the case of “The Greatest Showman,” the Hugh Jackman-led musical was essentially written off after its tepid $8.8 million debut. Yet it beat the odds to become an unlikely box office sensation, with sing-along screenings and repeat viewings propelling its ticket sales to $174 million domestically and $438 million globally. At this rate, “In the Heights” won’t reach that level of box office glory, but industry analysts are optimistic that the film can stick around in theaters without much direct competition over the summer.

“We’re extremely proud of the movie and hopefully audiences will find it over time,” Goldstein of Warner Bros. told Variety.

A lot has been hinging on the commercial results for “In the Heights” because it’s the rare studio movie to feature an almost entirely Latino cast. On Thursday, Chu took to social media to encourage fans to watch the movie in theaters. “Box Office matters. Show up. [..] Each ticket is a vote for more movies that showcase the incredible Latina/Latino talent &stories that are still out there. Make it a fact,” he wrote on Twitter. In “In the Heights,” the community’s beloved matriarch Abuela Claudia preaches the importance of “paciencia y fe” — patience and faith.

That may also be its best box office strategy.