Does ‘Ghostbusters: Afterlife’ Box Office Debut Signal a Revival of a Fading Franchise? 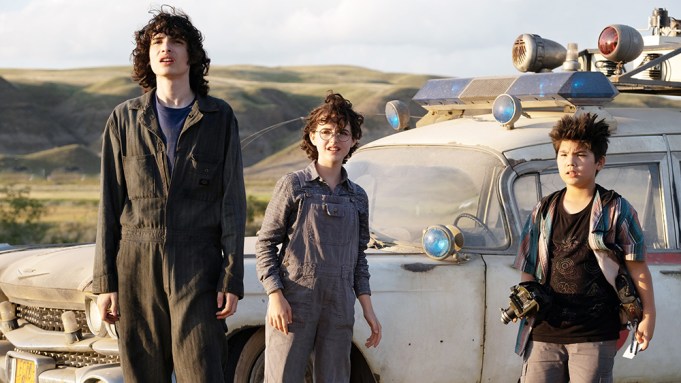 Almost 40 years after “Ghostbusters” became a smash hit — one that launched a lucrative franchise spanning film, television and video games — Sony is proving the business of busting ghosts need not be a relic of the past.

“Ghostbusters: Afterlife,” the latest big-screen installment in the comedy sci-fi property, collected $44 million in its domestic box office debut, a solid start in unpredictable pandemic times. The drop in ticket sales between its first and second weekend in theaters will be an important indication of audience’s affinity for all things paranormal, but at least for now, positive reviews and a healthy dose of nostalgia appear to be a winning mix for Sony. It’s an important victory for the studio after it failed in 2016 to revive the decades-old series.

David A. Gross, who runs the movie consulting firm Franchise Entertainment Research, called the opening weekend results “excellent” and notes that, with four installments, “Ghostbusters” is currently the longest-running action-comedy franchise. He predicts that ticket sales for “Afterlife” will encourage Sony to forge ahead with new installments. “The series is set to break ground and continue into the future,” Gross adds.

For Sony, the stronger-than-expected launch of “Afterlife” couldn’t come at a better time. Pandemic or not, audiences have been gravitating to action-packed tentpoles and shying away from mid-budget comedies and dramas. That has made traditional studios ever more reliant on popular franchises, the kind that can spawn sequels, reboots and offshoots. Sony has found success through Spider-Man characters, which it licenses from Marvel Studios, but outside of Venom and everyone’s favorite web-slinger, the studio has revisited some of its biggest properties to mixed results. The 2017 “Jumanji: Welcome to the Jungle” ($962 million globally) and its sequel, 2019’s “The Next Level” ($800 million globally), as well as its 2020 threequel “Bad Boys for Life” ($426 million globally) were commercial triumphs, thanks to the unmatched chemistry between Dwayne Johnson and Kevin Hart in the former and Will Smith and Martin Lawrence in the latter. But 2019’s “Charlie’s Angels” ($73 million worldwide) and “Men in Black: International” ($253 million worldwide) failed to recapture the magic of the originals and flopped at the box office. Retreads from other studios, like Paramount’s “Terminator: Dark Fate” and Universal’s “The Mummy” with Tom Cruise, were other high-profile attempts that fell flat in theaters. Even before COVID-19 upended the moviegoing landscape, Hollywood had been finding out the hard way that familiar properties don’t necessarily translate into box office glory. It’s something Warner Bros. will test in December with “The Matrix: Resurrections,” the fourth entry in the sci-fi series that hasn’t had a new chapter in theaters since 2003.

“Audiences are becoming very selective because they have so many options available at home,” says Paul Dergarabedian, a senior media analyst at Comscore.

With “Ghostbusters,” it’s worth noting the 2016 ill-fated revival, starring an all-female cast of Kate McKinnon, Melissa McCarthy, Leslie Jones and Kristen Wiig, earned $46 million in its box office debut — $2 million more than “Afterlife.” That film ended its theatrical run with $128 million domestically and $229 million globally, a result that “Afterlife” would be lucky to match, at least stateside. However, the 2016 film cost $144 million to produce, making it impossible to turn a profit, and ultimately cost the studio millions. For the newest installment, Sony sliced the budget in half to $75 million so it doesn’t have to make nearly as much money to get out of the red. For potential future films, Sony will have to keep price tags modest to justify a return to the big screen.

When franchise revivals work, studios and movie theaters alike can benefit from generation-spanning appeal. The hope is that fans of the original will bring their kids and grandkids to watch the newest chapter. In the case of “Afterlife,” there was a strong turnout from parents with young kids, as well as male moviegoers (60% of opening weekend crowds). According to PostTrak, 33% of audience members bought tickets before 4 p.m. on Saturday, indicating a big presence among families. But at a time when Netflix, HBO Max and other streaming services are unveiling new films and television shows almost daily, name recognition alone isn’t enough to sell tickets.

“I used to think you had to have the stars from the original,” says Dergarabedian. “I still feel that way, but we’ve seen some reboots attempt that…and it doesn’t guarantee success.” Ultimately, he says, it comes down to quality. “It has to be seen as a good movie, and not a money-grab.”

Film critics were favorable toward “Ghostbusters: Afterlife,” but audiences were especially enthusiastic, giving it an “A-” CinemaScore and 96% Rotten Tomatoes average. Jason Reitman, whose father Ivan Reitman directed the first two “Ghostbusters” films, stepped behind the camera and brought out original stars Bill Murray, Dan Aykroyd, Ernie Hudson, Sigourney Weaver and Annie Potts to reprise their iconic roles. But notably, he assembled a new generation of spirit hunters — Finn Wolfhard, McKenna Grace, Carrie Coon and Paul Rudd — to take the reins and ideally propel the franchise forward. Rather than rebooting the series, like the 2016 film directed by Paul Feig, the latest version takes place decades after the original story and centers on a family in a small town who discovers their connection to the legendary ghost-catching business.

Variety’s chief film critic Peter Debruge says the younger Reitman gives the series “a fresh jolt of energy.” And Reitman, himself, has indicated he wants to see the celestial world to endure in theaters.

Now, Sony has to figure out how to harness that momentum and continue to find innovative ways to keep injecting new life into a series that is now comfortably middle-aged.