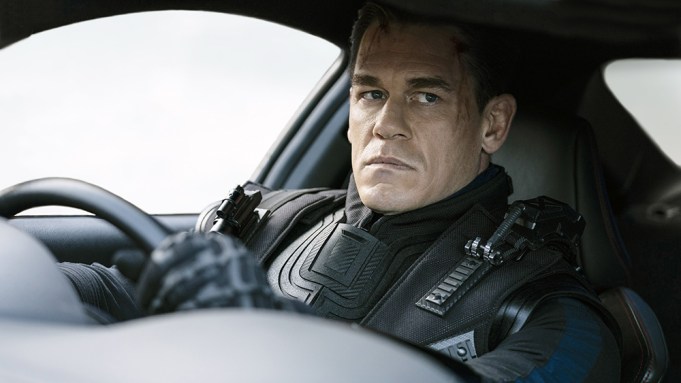 “F9,” the ninth installment in the “Fast and Furious” franchise, is holding its own at the top of the domestic box office charts in its second week of release.

Over the Fourth of July long weekend, the action flick is expected to add another $32.9 million to its gross from 4,203 theaters, raising its cume to a sizable $126 million. In the film’s debut last weekend, it earned $70 million, smashing the record for the highest-grossing opening since the onset of COVID-19. “F9” has surpassed the $100 million benchmark in record time, an honor that only two other films during the pandemic — “A Quiet Place II” and “Godzilla vs. Kong” — have been able to achieve.

Universal is also set to dominate the the second and third spots on this weekend’s domestic charts, with the debut of both “The Boss Baby: Family Business” and “The Forever Purge.” The sequel to 2016’s “The Boss Baby,” the animated movie starring Alec Baldwin is estimated to make $26 million over the 4-day weekend from 3,644 theaters. Catering to a very different audience, “The Forever Purge,” the fifth installment in the “Purge” franchise, is set to rake in $16 million in its 4-day estimate. Both films should surpass industry expectations, as “The Boss Baby: Family Business” was originally expected to make $15 million and “The Forever Purge” was forecasted to bring in $10 million.

Rounding out the top five include the Paramount’s horror film “A Quiet Place Part II” — which is set to add another $5 million to its haul, bringing it up to $146 million — and “The Hitman’s Wife’s Bodyguard,” which should make another $4 million, raising its total to $32 million.