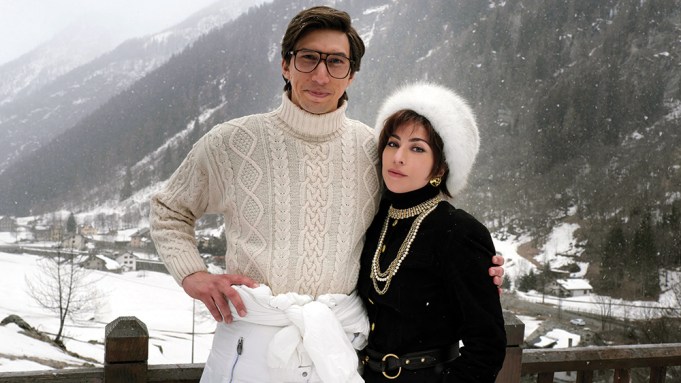 With the 2021 Oscars in the rearview, Variety looks ahead to what could be a very packed and condensed year with the Awards Circuit Draft for Oscars 2022.

A tradition for the past 16 years, I’ve always thrown shots in the dark in the week immediately following the Academy Awards. For the first time, my year-in-advance top pick, Chloé Zhao’s “Nomadland,” won picture and director. Can lightning strike twice?

The last two years have included thoughts that 2019’s “Harriet” from Kasi Lemmons would have a big Academy debut, with top spots for eventual nominee Cynthia Erivo, but the love ending there. In 2018, I suspected “The Irishman” from Martin Scorsese would arrive in time, but alas, it was pushed to 2019.

While it’s thrilling to be a promising awards contender, no one likes to be the frontrunner this early, so I should preface this with: we don’t know anything yet.

When creating predictions such as this, I tend to choose overdue veterans the Academy has yet to reward. Scott has carried that title for far too long with two high-profile projects this year, both starring the magnificent Adam Driver. The first is the delayed “The Last Duel,” from 20th Century Studios with Ben Affleck and Matt Damon, that we’re hoping is more in line with the Oscar-winning “Gladiator” than “Kingdom of Heaven.” It’s the still-shooting “House of Gucci” from United Artists with Lady Gaga, Al Pacino and Jared Leto that takes the golden spot. Besides the cast and story, which focuses on Patrizia Reggiani — who plotted to kill her husband Maurizio Gucci — a talented artisan team, including cinematographer Dariusz Wolski and editor Claire Simpson, has cinephiles giddy.

So what else is ahead? Plenty of contenders from last year that were moved off the calendar (and could still potentially be bumped out of 2021), including titles like Spielberg’s “West Side Story” from 20th Century Studios and Denis Villeneuve’s “Dune” from Warner Bros.

Joel Coen is making his first big outing without brother Ethan with A24’s “The Tragedy of Macbeth,” starring Oscar winners Frances McDormand and Denzel Washington (also in the director’s chair this year with “A Journal for Jordan”).

The streamers have a robust and promising slate as well.

Leos Carax’s “Annette” might be my most anticipated film of the year at Amazon Studios. Still, anyone who has experienced the greatness of his last film, “Holy Motors,” knows he’s not a “mainstream” filmmaker. They could have better luck with Aaron Sorkin’s “Being the Ricardos” with its all-star cast that includes Oscar winners Nicole Kidman, Javier Bardem and J.K. Simmons.

Apple TV Plus spent quite a penny on Siân Heder’s “Coda” from the Sundance Film Festival, and it could easily be the feel-good film that hits the sweet spot, with Marlee Matlin potentially in the running.

The good thing about going this early is you can tell any story you’d like in an awards narrative, which includes potential historic inclusions across the board. Why not predict a foreign language animated documentary to be the first of its kind to be nominated for best picture? That could be “Flee,” which was a hit at Sundance and in the hands of Neon, which already made history with “Parasite” winning in 2020.

Focus Features could have fun and exciting projects that capture the zeitgeist, like “Promising Young Woman,” which won original screenplay this year. I’m most excited for “The Northman” from Robert Eggers (“The Witch”) that has a dynamic ensemble that includes Ethan Hawke and Anya Taylor-Joy (who will also be in Edgar Wright’s “Last Night in Soho”). Justin Chon’s upcoming “Blue Bayou” has been rumored to be very strong for quite some time and could be the next big breakout for Asian filmmakers.

Paramount Pictures and Lionsgate are two studios that will be roaring for comebacks this year with potential blockbusters like “Top Gun: Maverick” with Tom Cruise and “American Underdog: The Kurt Warner Story” with Zachary Levi.

There’s always the “smaller” studios that could make some noise like Kino Lorber (with Kiyoshi Kurosawa’s “Wife of a Spy”), Bleecker Street (with Maria Schrader’s “I’m Your Man”), Gravitas Ventures (with Alex Noyer’s “Sound of Violence”), Magnolia Pictures (with Dash Shaw’s “Cryptozoo”), Music Box Films (with Haifaa Al-Mansour’s “The Perfect Candidate”), Roadside Attractions (with “Rita Moreno: Just a Girl Who Decided to Go for It”), Shout! Studios (with Natalie Morales’ “Language Lessons”) and STXfilms (with Aron Gaudet and Gita Pullapilly’s “Queenpins”).

New Line Cinema has to be excited for Olivia Wilde’s “Don’t Worry Darling,” which may be an explosion of greatness if it lives up to the narrative rumblings. Who can expect less with a cast that includes Florence Pugh, Harry Styles and Chris Pine?

The independent studios will maneuver through a loud and rowdy year as well. Sony Pictures Classics has films like Clint Bentley’s “Jockey” with Clifton Collins Jr., and Pedro Almodóvar’s next film, “Madres Paralelas.”

Searchlight Pictures, the reigning best picture champ, will come to the table with Guillermo del Toro’s “Nightmare Alley” and its dream cast of actors, with the likes of Bradley Cooper, Rooney Mara, Cate Blanchett, Willem Dafoe and Toni Collette. They also have Taika Waititi’s “Jojo Rabbit” follow-up, the comedy “Next Goal Wins” with Michael Fassbender.

Let’s not forget, there are hundreds of films still seeking distribution that could enter at any time, like Park Chan-wook’s “Decision to Leave,” Claire Denis’ “Fire” or Maggie Gyllenhaal’s “The Lost Daughter.”

Lastly, I’ve included predictions for stunts and casting — two potential categories that should be added that could be an easy fix to the Academy’s problems with connecting to general audiences. In the case of the former, besides being long overdue, it’s a more practical solution to the terribly presented “best popular film.” The latter should have happened ages ago.

Here are the first set of predictions. The Oscars 2022 pages will be launched over the next week with the full rankings.

Best Achievement in Stunts (not yet an official category)

Best Achievement in Casting (not yet an official category)