Kristen Stewart on ‘Spencer’ and Her Oscar Buzz: ‘We Don’t Make Movies to Not Connect With Each Other’

Variety's Awards Circuit Podcast: Kristen Stewart on playing Princess Diana, and what to expect from her upcoming directorial debut. 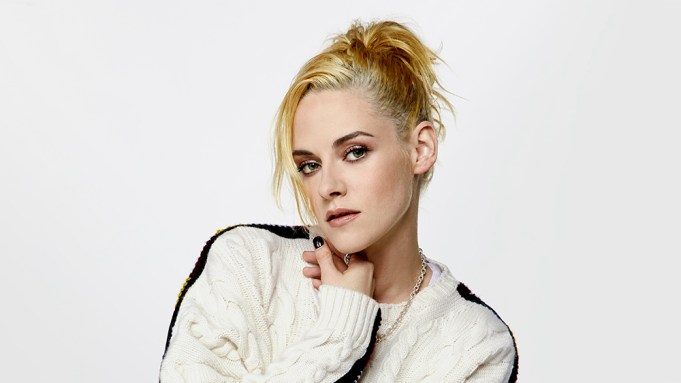 Actress Kristen Stewart delivers the performance of her career in Pablo Larraín’s “Spencer,” which has thrust her to the forefront of the best actress conversation. But when asked about her thoughts about possibly nabbing her first nom, she bluntly, albeit sarcastically, tells Variety‘s Awards Circuit Podcast, “I don’t give a shit.”

Adds Stewart: “The Oscars are such a funny thing. There are so many incredible movies and performances that barely get seen. It definitely says something about where we’re at as a cumulative presence – what we’re looking at, what we care about. I really appreciate that something that I was involved in, has ignited such a large conversation. We don’t make movies to not connect with each other.”

Listen to the full interview with actress Kristen Stewart in the latest edition of Variety’s Awards Circuit Podcast below!

Unfiltered and brutally honest, Stewart talks about her experience and preparation for portraying Princess Diana in “Spencer.” She additionally reflects back on previous roles. Along with her thoughts on the awards season, Stewart also shares where she is on her upcoming directorial debut, “The Chronology of Water,” what to expect from her next acting outing “Crimes of the Future” from David Cronenberg, and which actress she’s been dying to work in Hollywood.

From Neon and Topic Studios, “Spencer” has received rave reviews after debuting at the Venice and Telluride Film Festivals, including its cinematography, score and direction. Stewart knows it’s easy to compare her life in the limelight to that of the royal family, but she notes that it’s very different for her as an actress. She reflects on her career after getting her start in David Fincher’s “Panic Room” opposite Jodie Foster before moving on to the “Twilight” franchise.

“Spencer” is now in theaters.

Variety’s Awards Circuit podcast is hosted by Clayton Davis, Michael Schneider, Jazz Tangcay and Jenelle Riley and is your one-stop listen for lively conversations about the best in movies. Michael Schneider is the producer and Drew Griffith edits. Each week, “Awards Circuit” features interviews with top talent and creatives; discussions and debates about awards races and industry headlines; and much, much more. Subscribe via Apple Podcasts, Stitcher, Spotify or anywhere you download podcasts. New episodes post every week.