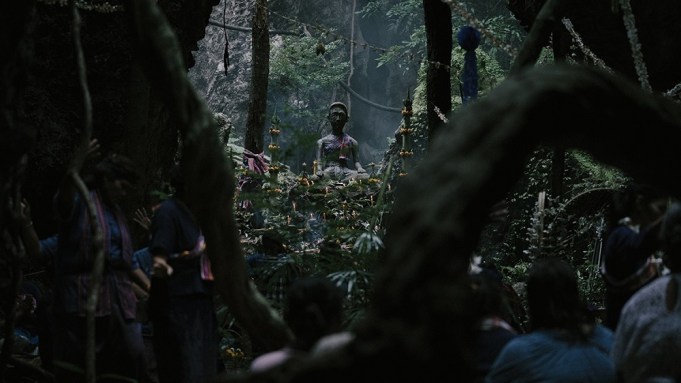 The creepy fascination for shamanism that continues to exist in modern-day Thailand and Korea will be on full display this summer in “The Medium.” The film is now confirmed for a July commercial release and may be in line for a midnight screening berth in a major festival.

Korean distributor Showbox is gearing up for the film’s outing in cinemas with the release of a first trailer. July and August are prime months for horror in Korea where local audiences believe that on-screen chills provide relief from the oppressive summer heat outside.

The rural horror thriller (aka “Rang Zong”) is the story of a shaman’s inheritance in the poor Isan region of Thailand. And where the spirit that appears to be possessing a family member might not be the benevolent goddess they believe it to be.

“The Medium” is directed by Thailand’s Banjong Pisanthanakun who rejuvenated the Thai horror genre nearly two decades ago with his debut film “Shutter.” He later topped Thailand’s all-time box office charts by scoring more than 10 million admissions for rural-set comedy-horror “Pee Mak” in 2013.

Production is by Na Hong-jin, whose stylish ultra-violence is familiar to Cannes late night audiences. All three of his feature films as director – “The Chaser,” “The Yellow Sea,” and “The Wailing” – have all appeared in different sections of the Cannes festival.

The film was developed by Na through his Northern Cross company in association with Showbox. Production was by Northern Cross and leading Thai studio GDH 559.