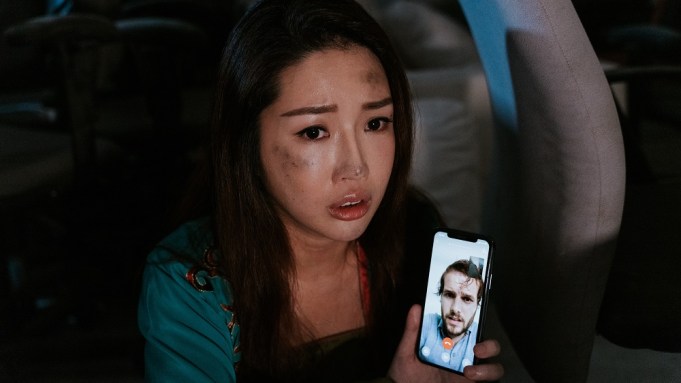 Asia Television, previously Hong Kong’s number two free-to-air broadcaster, may no longer be visible on local TV screens. But the ex-broadcaster is now being recast as a content studio, with its new offshoot AMM Global leading the charge.

The movie, being launched at FilMart, is a pandemic-era thriller in which an actor must keep passing devious tests set by a casting director in order to keep the people around him alive. As events escalate and more people are trapped the actor must confront his past, overcome his present, and find out why events are happening.

The film is currently in post-production, but this week released a new poster and trailer. Completion is set for April.

The companies are exploring all release formats. They are targeting theatrical in Hong Kong and certain other territories. Streaming is likely for countries which are still wrestling with pandemic conditions.

“ ‘Lockdown’ was inspired by the passing of my mentor, who died from COVID-related complications, and by the George Floyd protests which erupted soon after. The film touches upon the various events of 2020 within the structure of a thriller,” Tong told Variety.

“The film is also intended to be the first launch of a new franchise, with the story expanding in the sequel. We are already in talks to shoot with a star in Korea.”

AMM Global and Phoenix Waters are developing a slate of films, series, and variety shows to be produced in Hong Kong for local and international audiences. Other upcoming projects include: crime drama series “Forensic Psychologist” with both a Cantonese and English-language versions planned, the latter in partnership with Debbie Mason, co-founder of Kudos Productions (“Spooks”); and an Asian remake of Richard Linklater’s “Tape,” with its original writer Stephen Belber (“Match”, “What We Do Next”).

AMM will also work with third party producers. “As part of our strategy we are targeting collaborations and partnerships with other production companies and studios on projects which fit our model,” Tong said. “We recently agreed a partnership with Mercury Pictures in the U.S. run by Francis O’Toole, and I am currently in talks with producers both within Hong Kong and neighboring regions such as the Philippines on certain films and shows.”