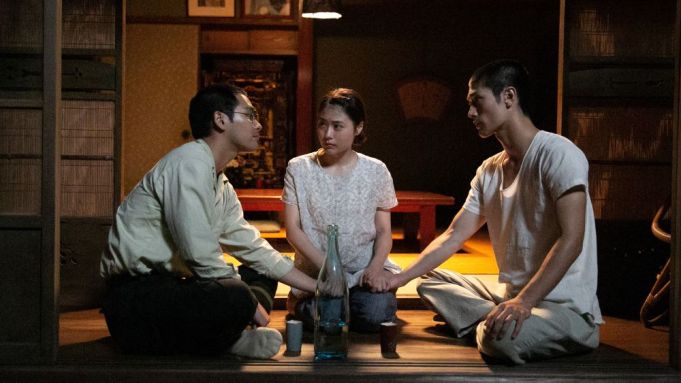 “Gift of Fire,” a fact-based drama film about Japan’s secret nuclear bomb program, will play in U.S. cinemas from November this year. Produced in 8K digital, it opened in Japanese theaters last week, distributed by Aeon and scored a top ten ranking.

Yagira Yuya, the Japanese actor who won the acting prize in Cannes for his role in Koreeda Hirokazu’s “Nobody Knows,” heads the cast. He plays a nuclear scientist who struggles with his conscience while working Japan’s own nuclear weapon effort, a secret program that remained largely unknown until a decade ago.

The film is directed by Kurosaki Hiroshi, whose past work includes multi award-winning “Goldfish” (aka “Hi No Sakana”) and 2011’s “Second Virgin.” It was produced in partnership between Japanese public broadcaster NHK and Los Angeles-based Eleven Arts

“When I first read the script for Gift of Fire I didn’t know that during WWII, Japan was developing an atomic bomb alongside the rest of the world,” said producer Mori Ko. “Instead of being a grand WWII film, the story focuses on the intimate details of three youthful characters’ lives. They deal with the same struggles as the rest of us, while also taking part in the life-changing scientific developments of the era and a war of epic proportions.”

The scientist’s younger brother, a pilot, is played by the late Miura Haruma (“Attack on Titan”). Their lifelong female friend is played by Kasumi Arimori (“Rurouni Kenshin: Final Chapter Part I – The Final”).

“On one hand, the story reflects the romanticism present when floating on the surface of the ocean and looking up at the starry skies to imagine the vastness of the universe. On the other hand, the story explores the crimes that can be committed in the name of science and discovery,” said writer-director Kurosaki.