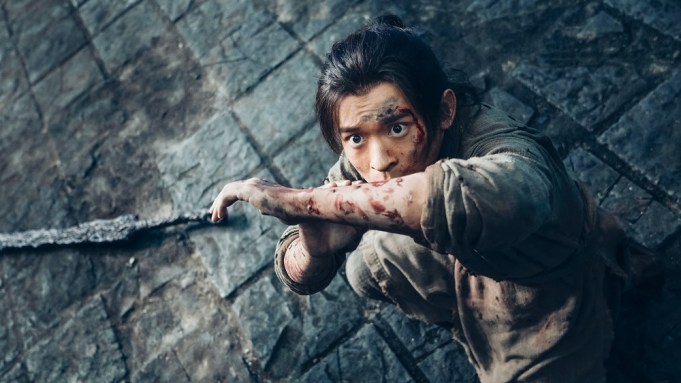 Chinese New Year is the biggest, most lucrative and brashest season of the year in mainland China cinemas. It is a time for big-budget tentpoles and fun films that are pitched as family entertainment.

Having reserved their place in the releasing calendar for months or even a year, seven films open simultaneously on Friday (Feb. 12). A further two open on Sunday, Valentine’s Day.

Among those with the highest hopes is “A Writer’s Odyssey” a modern day fantasy directed by “Brotherhood of Blades” helmer Lu Yang.

“Odyssey” tells the story of Lu Kongwen (Dong Zijian), the author of a fantasy novel series following a heroic teenager, who is on a quest to end the tyrannical rule of Lord Redmane, under the guidance of a Black Armor (Guo Jingfei). But through a strange twist of fate, the fantasy world of the novel begins to impact life in the real world, leading Guan Ning (Lei Jiayin) to accept a mission from Tu Ling (Yang Mi) to kill the author.

With Ning Hao (“Crazy Racer”), one of China’s most commercially successful directors, set as executive producer the film has assembled a powerful choreography and VFX team. It was filmed with Imax’s camera certification program, and includes more than one hour of Imax expanded-aspect-ratio content and will play in a large proportion of China’s 700 Imax screens.

Production was by United Entertainment Partners (“The Wandering Earth,” “Saturday Fiction”), while distribution in China is handled by CMC Pictures. Coronavirus’ disruptive impact on the global exhibition industry means a more limited international outing than would be normal for China’s aspiring Spring Festival hits. But UEP has nevertheless prepared a new English-subtitled trailer.