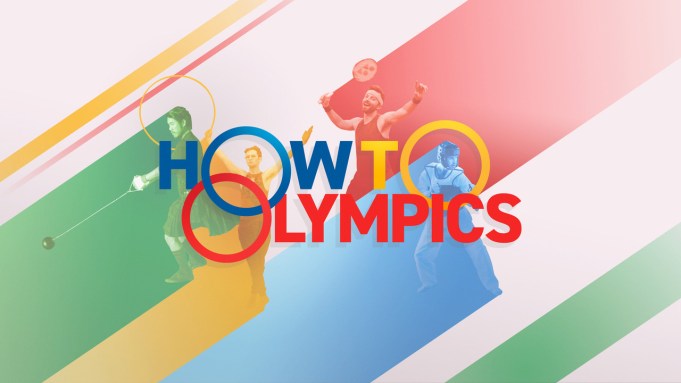 YouTube is launching four originals timed for the 2020 Tokyo Summer Olympic Games, hoping to get in on the action for the global sporting event of the summer.

The nonfiction programming from the Google-owned video giant features American gymnast Gabby Douglas, who was the 2012 Olympic all-around champion, and The Try Guys — Keith Habersberger, Ned Fulmer, Zach Kornfeld and Eugene Lee Yang — the YouTube comedy foursome who launched their careers at BuzzFeed.

The YouTube originals are all premiering ahead of the start of the Tokyo Olympics, which are taking place July 23-Aug. 8 after being rescheduled because of the COVID-19 pandemic.

Here’s a rundown of the four projects, which are part of YouTube’s learning originals:

In addition to the Olympics originals, YouTube originals include “Defying Gravity: The Untold Story of Women’s Gymnastics,” a six-part, PGA Award-winning docuseries exploring what it takes to be an elite gymnast.

YouTube also has an upcoming slate of new sustainability focused programming: “Seat at the Table,” with David Attenborough and creator Jack Harries, “Stay Wild” (working title) from Brave Wilderness in partnership with Leonardo DiCaprio’s Appian Way and Madica Productions, “Shut It Off ASAP” (working title) from AsapScience and B17 Entertainment.

Other learning-focused YouTube originals include Emmy-winning miniseries “Create Together,” a Joseph Gordon-Levitt hosted series featuring the creations of everyday people collaborating to make art; “Glad You Asked” that explores topics driven by our curiosity about the world around us; “Retro Tech,” the series hosted by Marques Brownlee, that explores the technological promises of the past; and “Creators for Change on Girl’s Education with Michelle Obama,” which was recently named a Gracie Award Honoree.