Nintendo Direct: All the Announcements From the February 2021 Livestream 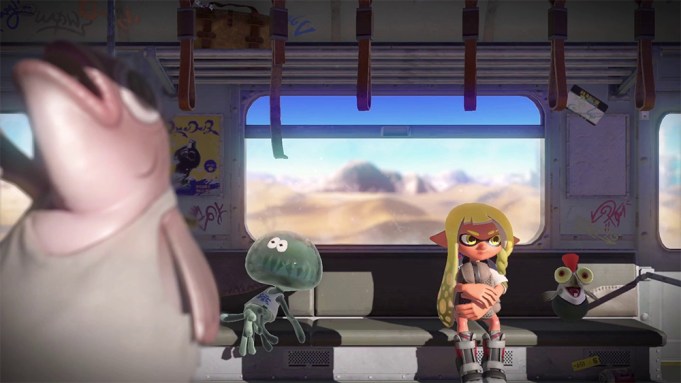 Nintendo kicked off its highly anticipated Direct on Wednesday by announcing that both Pyra and Mytha from the “Xenoblade Chronicles” series will be joining “Super Smash Bros. Ultimate” as playable fighters.

There was much speculation that the Direct would release some details on the highly anticipated “Breath of the Wild” sequel, especially with the 35th anniversary of “The Legend of Zelda” right around the corner. However, Eiji Aonuma, producer of the “Legend of Zelda” series, took to the livestream to acknowledge the anticipation and say that there would be no update on the sequel, as it’s still in development, but that there would be more information later this year. He went on to reveal that “The Legend of Zelda: Skyward Sword” would be coming to the Switch on July 16 in HD, along with special edition Joy-Cons.

The final announcement of the Direct: “Splatoon 3,” scheduled to launch in 2022.

A new trailer for “Monster Hunter Rise” was also unveiled, in addition to its release date — March 26, 2021 — as well as “Monster Hunter”-themed special editions of the Switch console and Pro Controller.

Last year’s indie hit “Fall Guys: Ultimate Knockout” is coming to the Nintendo Switch this summer, the Direct revealed, as is “Outer Wilds.” Previously, “Fall Guys” was only available for PC, PlayStation 4 and PlayStation 5.

“Animal Crossing: New Horizons” is getting some “Super Mario Bros.”-themed items — include usable warp pipes — with a free update on Feb. 25, with the items hitting the game after the update on March 1.

A new tactical RPG from Square Enix, “Project Triangle Strategy,” was also revealed, to be released in 2022. A demo for the game became available on Nintendo eShop after the livestream.

Other games for the Switch announced include “Legend of Mana” (with rearranged music and other altered features) on June 24; “Mario Golf Super Rush” on June 25; “Tales From the Borderlands” on March 24; “Capcom Arcade Stadium” out starting on Wednesday; a re-release of “Stubbs the Zombie” on March 16; “No More Heroes III” on Aug. 27; “Neon White” in winter 2021; “DC Superhero Girls: Teen Power” on June 4; “Plants vs. Zombies: Battle for Neighborville Complete Edition” on March 19; and “Miitopia” on May 21.

More titles and release dates for the Switch: the free-to-play third-person shooter “Star Wars Hunters” sometime this year; “Knockout City” on May 21; “World’s End Club,” from the creators of “Danganronpa” and “Zero Escape,” on May 28; a physical version of the critically acclaimed “Hades” on March 19; “Ninja Gaiden Master Collection,” including all DLC, on June 10; and a “Hyrule Warriors: Age of Calamity” expansion pass starting on May 28.

Wednesday’s livestream marked Nintendo’s first Direct since September 2019, excluding its “Direct Mini” partner showcases focused on indie games, of which there were several last year, and Pokemon-specific Directs. In the past, Nintendo has used its Direct to tease its most highly anticipated games.

Watch the full stream above.