Netflix Claims Huge Viewing for ‘Army of the Dead,’ ‘Mitchells vs. The Machines’ and More, Using Its Own Proprietary Metric 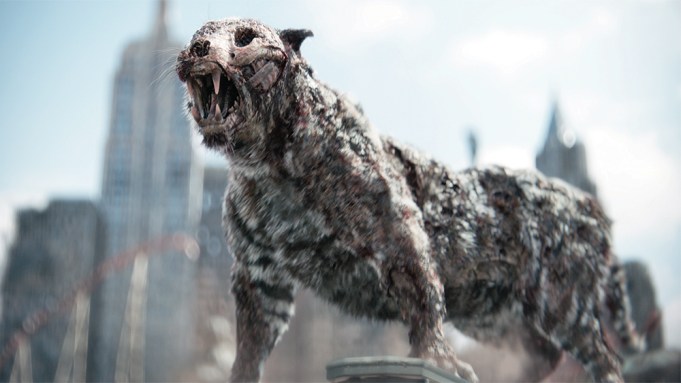 Netflix, as has been its custom the last several quarters, boasted about huge viewership numbers for its original films and TV series as part of announcing its second quarter results. The numbers it cited, though, are calculated using a Netflix-proprietary metric.

Among the “impactful” film titles it released in Q2, according to Netflix, was Zack Snyder’s “Army of the Dead” — with the streamer calling it a “blockbuster,” as 75 million member households chose to watch the zombie thriller in its first 28 days of release.

Netflix plans to release a prequel to “Army of the Dead,” called “Army of Thieves,” in the fourth quarter of 2021 along with a spinoff anime series later in 2022.

Netflix dubbed “Fatherhood,” a dramedy starring Kevin Hart, “another hit” during the quarter, drawing an estimated 74 million member households in its first 28 days. And the company said “The Mitchells vs. The Machines” was Netflix’s biggest animated film release to date with 53 million member households choosing to watch over the first four weeks.

Note, however, that Netflix does not measure its audience the way traditional networks do. The number of viewers the streamer reports is based on the number of subscribers who have watched at least two minutes of a piece of content — a much different measure than the average minute audience for TV.

Netflix also called out viewing numbers for some of its popular unscripted titles, including season 2 of dating show “Too Hot to Handle” (29 million households in its first 28 days), social-experiment reality program “The Circle (14 million) and true-crime docu-series “The Sons of Sam “(19 million).

In addition, season 2 of “Lupin” from France was Netflix’s largest non-English title in the quarter with 54 million households selecting it over the first four weeks of release, according to the company. Season 4 of “Elite” from Spain drew 37 million over the 28-day span and season 2 of “Who Killed Sara?” from Mexico pulled in 34 million in the initial four weeks.

“Our goal is to be everyone’s first choice for entertainment because of the variety and quality of our titles,” the company wrote in the shareholder letter. “And despite the COVID-related production delays in 2020, we were able to deliver an exciting portfolio of titles in Q2’21 that exemplify this ambition.”

In the second half of 2021, while “COVID and its variants make predicting the future hard,” Netflix said it is “optimistic in our ability to deliver a strong second half slate.”

(Pictured above: Zack Snyder’s “Army of the Dead”)