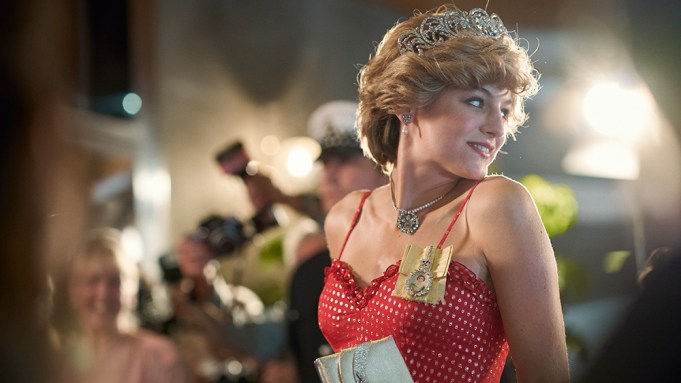 Netflix powered past the 200 million subscriber mark in 2020 to cap its biggest-ever year of growth, driven by viewership gains during COVID-19.

In the fourth quarter of 2020, Netflix added 8.51 million paid streaming subscribers, about 2.5 million more than expected, to stand at 203.7 million worldwide at the end of the year.

Netflix previously forecast 6 million global paid net adds for Q4 (down from 8.8 million in the year-prior quarter), after the streamer saw a pandemic-driven boom in the first half of 2020. For the full year, Netflix added 36.6 million streaming customers — its highest annual gain, beating its previous record of 28.6 million in 2018.

On the subscriber beat, shares of Netflix popped as much as 13% in after-hours trading Tuesday.

Netflix said it has more than 500 titles currently in post production or “preparing to launch.” That includes its massive 2021 film slate of 71 titles — with plans to debut at least one new movie every week of the year.

Among its most popular originals during Q4 was Season 4 of “The Crown.” In the first 28 days after its Nov. 15 premiere, Netflix said, more member households had opted to watch S4 than each of the prior seasons. It didn’t provide a breakout number for the most recent season but said “The Crown” Season 4 helped push total viewers of the show to more than 100 million since its initial launch. (Netflix counts viewers if they watch a minimum of two minutes of a title.) As Netflix has previously claimed, 62 million households watched “The Queen’s Gambit” in its first four weeks, making its most-watched original limited series to date.

The strong Q4 subscriber results come as the No. 1 SVOD player faces stepped-up competition from a slew of rivals including Disney Plus, Hulu, HBO Max, Peacock, Discovery Plus, Paramount Plus and Amazon Prime Video.

The surge of competitive activity “signifies that these companies all recognize the future is streaming entertainment, a vision we have been working towards since inception,” Netflix said in its Q4 letter to shareholders. “Our strategy is simple: if we can continue to improve Netflix every day to better delight our members, we can be their first choice for streaming entertainment. This past year is a testament to this approach.” The company tipped its hat to Disney Plus, acknowledging the service’s “massive first year” with 87 million paid subscribers.

Netflix co-CEO Reed Hastings, on the earnings video interview Tuesday, said the company has a lot more headroom for growth. Even in the U.S., where it has the highest household penetration of about 60%, Netflix is still under 10% of total TV viewing time, he said: “We’ve got a lot of subscribers here in the U.S. But we still have a lot more viewing time that we would like to earn with an incredible service and incredible content.”

Netflix posted negative free cash flow (FCF) for the quarter (of -$284 million) but noted that FCF for the full year was positive — $1.9 billion in 2020 vs. -$3.3 billion in 2019. Part of the reason for that was Netflix’s somewhat lower spending on content given coronavirus production shutdowns. But Netflix told investors that it “believe[s] we are very close to being sustainably FCF positive.” For the full year 2021, it’s projecting free cash flow to be around break-even.

As such, Netflix said it doesn’t expect to need to issue additional debt to fund content spending or day-to-day operations — and said it will “explore” returning cash to shareholders through stock buybacks, which it had previously done from 2007-11. Netflix reported $15.8 billion in long-term debt as of the end of 2020; the company intends to maintain $10 billion-$15 billion in gross debt.

On a cash basis, Netflix spent $11.8 billion on streaming content in 2020, versus $13.9 billion the year prior. However, that’s only one picture of the company’s total programming budget: Netflix also has content payments due over several years, and those content obligations totaled $19.2 billion at the end of 2020, per its 10-K filing.

Meanwhile, Netflix delivered the higher-than-expected Q4 subscriber number also as the company raised prices on its most popular plans in the U.S during the quarter, with the Standard two-stream HD plan going up a dollar from $12.99 per month to $13.99.

In the Q4 shareholder letter, Netflix referred to the “Shuffle Play” button it has been testing for several months on connected TV platforms. The company said it expects to officially roll out the feature, which streams a random title based on a user’s viewing history or playlists, in the first half of 2021.

Hastings, in response to question in the earnings interview about any regrets the company has, said, “We regret not buying a global license to ‘House of Cards’ in the first deal… We had to go back and piecemeal it at extraordinary expense.”

Pictured above: Emma Corrin as Princess Diana in Netflix’s “The Crown” Season 4