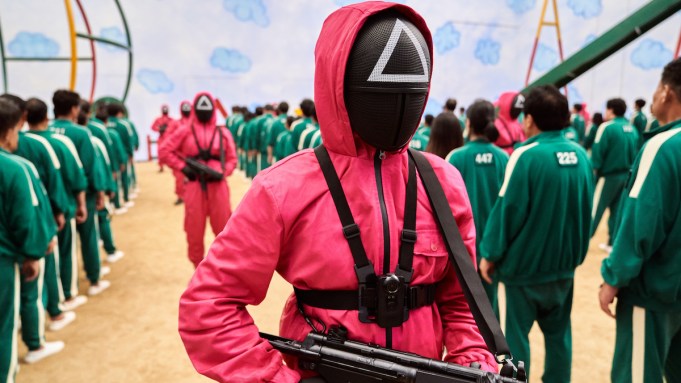 Netflix topped forecasts for subscriber growth in the third quarter of 2021, buoyed in part by strong interest in global smash-hit series “Squid Game.”

The streamer overall gained 4.38 million paid subscribers in the period, to reach 213.6 million worldwide. Netflix previously projected global net adds of 3.5 million paid subscribers for Q3, a target most analysts expected the company to beat. Half of the quarter’s subscription gains came from Asia-Pacific markets; Netflix added just 70,000 in the U.S. and Canada.

Netflix reported revenue of $7.48 billion (up 16%) and earnings per diluted share of $3.19 (up 83%) for the period. Wall Street analysts on average expected $7.48 billion in revenue and EPS of $2.56, according to Refinitiv data. Shares of Netflix were down 1.4% in after-hours trading.

“After a lighter-than-normal content slate in Q1 and Q2 due to COVID-related production delays in 2020, we are seeing the positive effects of a stronger slate in the second half of the year,” Netflix told investors in its quarterly shareholder letter.

For Q4 2021, Netflix forecast paid net adds of 8.5 million, which is about what the company netted in the year-earlier period.

Netflix on Tuesday said 142 million member households globally — two-thirds of all subscribers as of the end of September — have chosen to watch “Squid Game” in its first four weeks. However, it should be noted that the figure counts anyone who watched at least 2 minutes of an episode.

“The breadth of ‘Squid Game’s’ popularity is truly amazing; this show has been ranked as our #1 program in 94 countries (including the US),” Netflix said in its investor letter. “Like some of our other big hits, ‘Squid Game’ has also pierced the cultural zeitgeist, spawning a ‘Saturday Night Live’ skit and memes/clips on TikTok with more than 42 billion views. Demand for consumer products to celebrate the fandom for ‘Squid Game’ is high and those items are on their way to retail now.”

Netflix paid $21.4 million for the nine-episode South Korean survival drama and the company estimates “Squid Game” will deliver a whopping $891 million in what it terms “impact value,” according to a Bloomberg report, citing leaked internal data.

Later in 2021, Netflix said, it will shift to reporting on hours viewed for originals — rather than the number of accounts that choose to watch them, as it does today. Netflix co-CEO and chief content officer first shared top 10 rankings by hours viewed at an industry conference last month.

The company said in the shareholder letter that “we think engagement as measured by hours viewed is a slightly better indicator of the overall success of our titles and member satisfaction,” adding that it “also matches how outside services measure TV viewing and gives proper credit to rewatching.”

Asia-Pacific represented Netflix’s biggest contributor to subscriber growth, as it did in Q2. In the APAC region, the streamer netted 2.2 million paid net adds — half its total gains for the period. In Europe, the Middle East and Africa (EMEA) it gained 1.8 million paid net adds (an improvement sequentially vs. 188,000 in Q2).

Meanwhile, Netflix has come under fire over Dave Chappelle's latest stand-up special for the streamer that includes transphobic and homophobic commentary. The backlash has prompted a planned employee walkout and accompanying "Stand Up in Solidarity" rally at Netflix's EPIC building in L.A. on Wednesday, Oct. 22.

But the Chappelle controversy didn't come up on the Q3 earnings interview, which was moderated by Fidelity Management & Research Co.'s Nidhi Gupta, nor did the company mention it in the shareholder letter.

Co-CEO Reed Hastings did, however, represent on "Squid Game" for the earnings interview -- donning a green tracksuit inspired by the show.