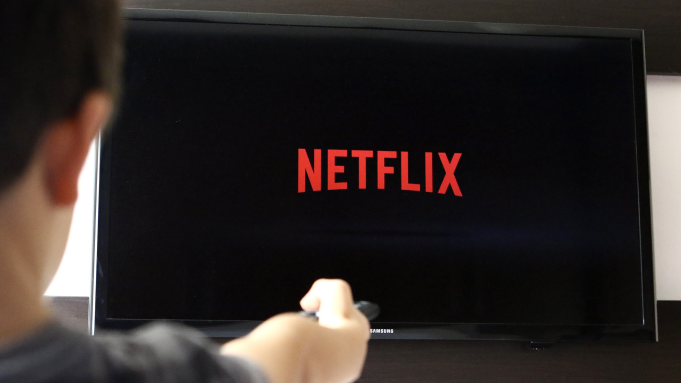 Netflix’s subscriber growth cooled dramatically in the first quarter of 2021 after record pandemic-fueled gains last year — and the streamer added about 2 million fewer customers than it previously expected.

For Q1, the company reported a gain of 3.98 million in net global streaming subscribers. That was below its previous guidance of 6 million. Meanwhile, Netflix predicted even lower gains for the current quarter: It expects to add just 1 million members in Q2, with roughly zero growth in the U.S./Canada and Latin America regions. As of the end of March, Netflix had 207.4 million paid streaming customers worldwide, up 13.6% year over year.

On the subscriber miss and lighter-than-expected Q2 guidance, Netflix shares fell more than 10% in after-hours trading. The company announced that its board approved a $5 billion stock-buyback program, slated to begin in the current quarter.

Netflix blamed the subscriber shortfall on its smaller pipeline of originals, and expects to open up its wallet this year to attract and retain customers. For 2021, the company said it expects to spend more than $17 billion in cash on content — up more than 44% compared with $11.8 billion last year, when numerous productions were put on hold because of the coronavirus crisis.

“We believe paid membership growth slowed due to the big COVID-19 pull forward in 2020 and a lighter content slate in the first half of this year, due to COVID-19 production delays,” the streaming giant said in its quarterly letter to shareholders. On the plus side, Netflix said Q1 levels of churn (cancelation rates) were below the year-earlier period.

Netflix’s previous forecast of 6.0 million net new subscribers of Q1 was already well below the record 15.8 million it packed on in Q1 2010 after initial COVID-19 lockdowns began a year earlier. Analysts consensus estimates had pegged 6.22 million net adds for the first quarter of 2021.

At the same time, Netflix’s Q1 financials topped Wall Street estimates. The company posted revenue of $7.16 billion — a quarterly record — and earnings of $3.75 per share. Analysts on average had expected Netflix to report revenue of $7.13 billion and EPS of $2.97, per Refinitiv.

What’s more, Netflix’s operating income for Q1 came in at $1.96 billion, more than double $958 million in the year-earlier period. That gave it a 27% operating margin — an all-time high — for the first quarter, up 10 percentage points year-over-year, as content spending for Q1 2021 was lower.

Netflix has faced intensifying competition amid the “streaming wars,” with gains from newer entrants like Disney Plus, WarnerMedia’s HBO Max and NBCUniversal’s Peacock and continued growth of Amazon Prime (also a beneficiary of COVID lockdowns) and Disney-controlled Hulu. But Netflix, in its shareholder letter, said it didn’t believe “competitive intensity” was a “material factor” in its Q1 subscriber miss.

However, in a sign Netflix is feeling higher competitive pressure, it included this note in the Q1 shareholder letter: “When comparing services, subscriber figures alone tell only part of the story (given bundles, discounts and other promotions) so it’s important to also focus on engagement and revenue as key indicators of success.”

Netflix said it continues to expect “a strong second half [of 2021] with the return of new seasons of some of our biggest hits and an exciting film lineup.”

In a notable recent content deal, Netflix is paying an eye-popping $450 million for two sequels to 2019’s “Knives Out” murder mystery starring Daniel Craig. And this month, Netflix announced a deal with Sony Pictures giving it exclusive U.S. rights to stream theatrical releases in the first pay-TV window starting with the studio’s 2022 slate, as well as a first-look agreement with Sony for all the studio’s original movies produced for the direct-to-streaming market.

Netflix reiterated that it doesn’t need to incur new debt, saying its free cash flow is on track to be break-even for full-year 2021 (even with the increase in content spending). Indeed, Netflix reduced its long-term debt by nearly $1 billion in the period, ending the first quarter with $14.86 billion in long-term debt on its balance sheet.