Continue to Variety SKIP AD
You will be redirected back to your article in seconds
Jan 11, 2021 6:41am PT 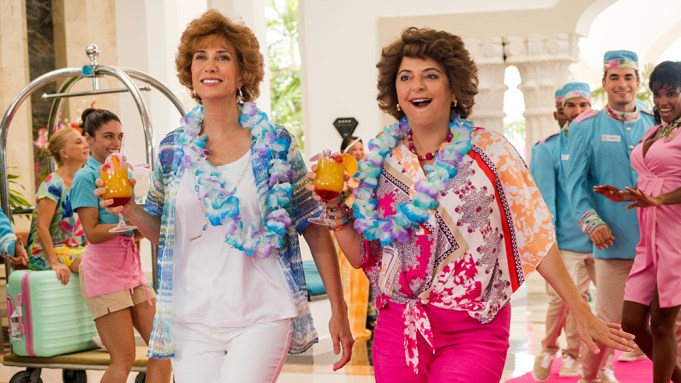 “Barb and Star Go to Vista Del Mar,” a comedy from the duo behind “Bridesmaids,” is forgoing its planned theatrical debut and will premiere on premium video-on-demand platforms next month.

The Lionsgate film — starring Kristen Wiig and Annie Mumolo — will be available to rent for a premium price starting Feb. 12. It was originally scheduled to open in theaters on July 16, but the studio shifted release plans amid the pandemic.

“Barb and Star Go to Vista Del Mar” follows Wiig and Mumolo as lifelong best friends, who embark on the adventure of a lifetime when they decide to leave their small Midwestern town for the first time ever to vacation to Florida. Cue the laughter, tears… and an evil villain who plots to kill everyone in town.

In the first clip, which was released on Monday, Barb and Star celebrate their love of movie trailers. “I like how they’re little movies about another movie before a different movie,” Star tells Barb. If they had their own movie trailer, the ladies discuss, they wouldn’t want to give anything away about the movie — especially their faces.

Well, Barb and Star got their wish. The trailer, set to Madonna’s “Holiday,” doesn’t reveal either of their faces. But the two-minute teaser does feature shirtless men, Hawaiian prints, pirouettes, loads of sunscreen and an evil lair.