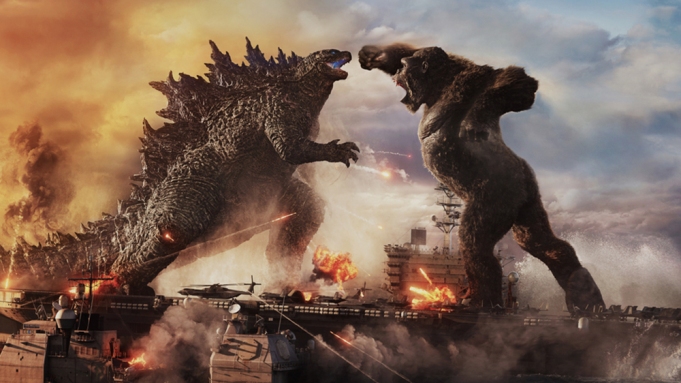 UPDATED: HBO Max continued on its growth curve in the first three months of 2021, powered in part by big-budget films like “Godzilla vs. Kong” and “Zack Snyder’s Justice League” that streamed onto the service during the quarter.

HBO Max gained about 3 million total subscribers sequentially, AT&T said — a number the company should be pleased with, after concerns HBO Max might have trouble retaining subs after a big lift from “Wonder Woman 1984” in December. Last month Warner Bros. said “Godzilla vs. Kong” had the biggest viewing audience than any other film or show on HBO Max since its May 2020 launch, although it didn’t provide any actual numbers.

As of the end of March, HBO Max/HBO combined had 44.2 million domestic customers, up 2.7 million from 41.5 million at the end of 2020. Losses on the legacy HBO side were offset by HBO Max’s retail and wholesale growth.

“HBO Max continued to deliver strong subscriber and revenue growth in advance of our international and AVOD launches planned for June,” AT&T CEO John Stankey said in announcing the results. He said HBO Max usage is “well over” two hours daily per subscriber — higher than “our engineered expectations when we launched the product, and we’ll take that goodness.”

Overall, AT&T beat Wall Street financial expectations, reporting $43.9 billion in revenue and adjusted earnings per share of 86 cents — with the telco touting the strongest first quarter for wireless postpaid phone net adds in more than a decade. Analysts had expected AT&T to post Q1 revenue of $42.7 billion and adjusted earnings of 78 cents per share.

WarnerMedia revenue for the first quarter of 2021 was $8.5 billion, up 9.8% versus the year-ago quarter, driven by higher subscription, advertising and content revenue. That reflected “the partial recovery from prior-year impacts of COVID-19,” the company said. Ad revenue was up 18.5%, to $1.75 billion, with the return of sports, including the NCAA March Madness tournament.

WarnerMedia’s direct-to-consumer subscription revenue for Q1 was $1.8 billion versus $1.3 billion in the year-ago quarter, up about 35% year over year. Direct costs for WarnerMedia’s DTC business were $1.7 billion in the first quarter of 2021 (including $998 billion for content), versus $911 million a year earlier.

AT&T did not disclose the number of HBO Max “activations” (the number of users eligible for the SVOD service who accessed it) for the period, as it did previously. WarnerMedia had broken that out to shed light on HBO Max’s early traction but now believes it’s not a relevant metric.

In Q1, HBO Max had 9.69 million retail subscribers, up 2.8 million from 6.88 million in Q4. Wholesale HBO Max/HBO customers (e.g. through Comcast and other distributors) ticked up 150,000, to 30.94 million. Legacy HBO subs, including those through hotels and other commercial distributors, declined 308,000 sequentially.

This June, WarnerMedia plans to bow a cheaper, ad-supported version of HBO Max, which will exclude the day-and-date Warner Bros. movie releases but otherwise provide the same content as the regular full-freight $15/month package. It hasn’t announced pricing for that tier, which will not include advertising in HBO original series. CFO Pascal Desroches, on the call with analysts, said only that the HBO Max AVOD pricing will be “attractive.”

Encouraged by HBO Max’s early results, WarnerMedia has dramatically raised growth targets for the direct-to-consumer streamer. At AT&T’s analyst day last month, the company said it now expects 120 million-150 million HBO Max and HBO subscribers by the end of 2025, up from the 75 million-90 million it previously projected. With the upward revision, AT&T expects HBO’s revenue to more than double over the next five years. In 2020, WarnerMedia’s HBO segment had $6.8 billion in operating revenue.

This year, WarnerMedia expects to launch HBO Max in 60 markets outside the U.S. in 2021, including in 39 territories in Latin America and the Caribbean in late June and 21 territories in Europe in the second half of 2021.

In 2022, WarnerMedia expects to resume releasing tentpole Warner Bros. movies with an exclusive first-run window in theaters, on the assumption that cinema chains will be fully back open for business.

AT&T’s net debt at the end of Q1 was $168.9 billion, up $21.4 billion sequentially to finance the telco’s C-band wireless spectrum payments near the end of the quarter. The telco this year purchased 80 megahertz of mid-band spectrum in the FCC’s C-band auction (29% share of the available licenses) for $27.4 billion to build out AT&T’s 5G network.