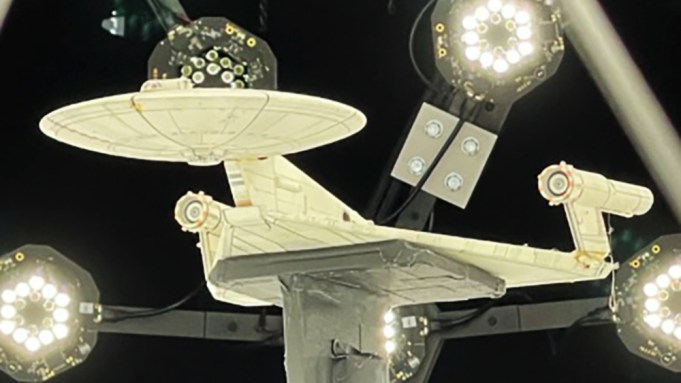 The life work of Gene Roddenberry, the creator of  “Star Trek,” will be meticulously captured and catalogued in a new digital archive from leading tech company OTOY.

The multimedia Roddenberry Archive will produce everything from holographic and digital renderings of the famous Starship Enterprise vessel to TV and movie sets. The effort will be formally announced at the annual Star Trek convention Creation in Las Vegas this Friday, by the Roddenberry estate and artists Denise and Mike Okuda, Doug Drexler and Daren Dochterman.

The project will include key texts and documents from Roddenberry’s career (the show predicted tablet computers among many other gadgets, after all), as well as images, blueprints and models. The archive will span the flagship “Star Trek” series, original films, and subsequent spinoffs. The immediate benefit of the archive will be the ability to generate NFTs from the collection for Trek diehards, as well as offer the public life-sized hologram installations that promise to be “indistinguishable from reality” via Light Field Lab.

“I cannot think of a more capable and innovative company to trust with these materials. OTOY’s work will allow generations to experience my father’s contribution to humanity with the greatest historical accuracy possible. This project will protect an optimistic vision of the future, that has inspired so many and remains so important today,” said Rod Roddenberry.

Artist and OTOY board member Mike “Beeple” Winkelmann will also join the Roddenberry Archive as a creative consultant, along will painter and illustrator Alex Ross. The pair will help commemorate the archive and cross-link it to both the Ross and Beeple RNDR archives announced earlier this year.

“At OTOY, our mission to develop technologies that empower artists to realize their creative visions is deeply inspired by Gene. It is an absolute honor to use these same technologies to preserve and bring his legacy to life for future generations. Growing up with Rod and spending so much of my formative years in the Roddenberry household makes this a deeply personal project for me as well,” added OTOY founder and CEO Jules Urbach.