Dixie and Charli D’Amelio on Their Upcoming Hulu Show: ‘We’re Really Getting to Speak Our Minds’ 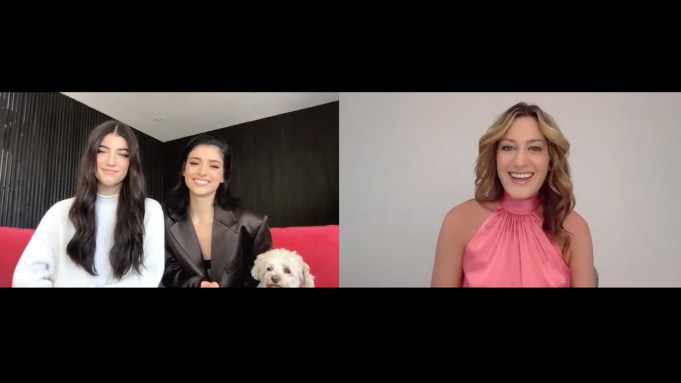 Dixie and Charli D’Amelio have taken both Gen Z and Hollywood by storm, with 17-year-old Charli being the No. 1 creator on the digital platform TikTok. Dixie is a top creator on the app as well, along with a growing music career.

In a keynote conversation with senior correspondent Elizabeth Wagmeister at Variety’s Creators Fest, the D’Amelio sisters opened up about their rise to fame.

“We say this a lot. We really don’t know what we would do if we didn’t have each other,” Dixie said. “Because every person we’ve met, they don’t know us. They didn’t know this giant portion of our lives, so meeting people here, it’s hard to put all your trust in someone. So being able to come home and have family all around you is what helped us get to where we are.”

The sisters have paved their own respective paths in the industry, with Charli focusing on her TikTok presence and Dixie branching off into music. Dixie, who signed a record deal with HitCo Entertainment in 2020 and has since released six singles, said she most wants to collaborate with Shawn Mendes.

“He’s a big inspiration of mine,” Dixie said. “He started on Vine, and just seeing how far he’s come… watching him in middle school and now he’s a top artist and just so amazing and talented — I really admire that.”

When it comes to facing criticism on the internet, Charli said how she handles it depends on the day. “I can hear two people say the exact same thing to me at two different times, and one I’ll just laugh off and one will hurt me and that’ll really affect me,” Charli said.

Along with their parents Mark and Heidi, Dixie and Charli will soon star in “The D’Amelio Show” on Hulu, which premieres Sept. 3. The series chronicles how the family has learned to navigated fame with two teenagers in the spotlight.

Watch the full discussion above.