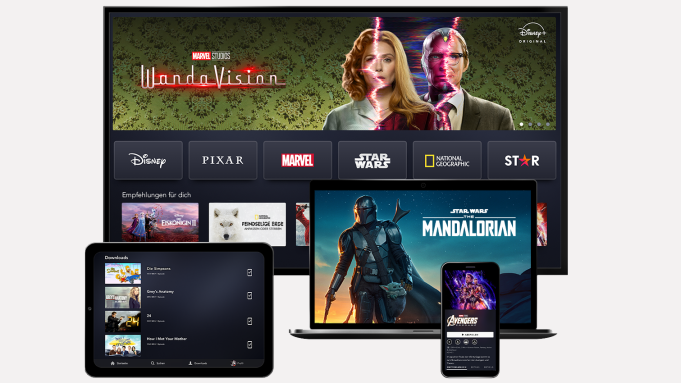 UPDATED: Disney shares sank as much as 9% Thursday after the media conglomerate posted earnings that missed Wall Street expectations and revealed a significant slowdown for its flagship Disney Plus streaming service.

Disney Plus hit 118.1 million for the quarter ended Oct. 2, up just 2.1 million over the prior period and a gain that fell far short of consensus estimates of about 10 million net adds. The company’s stock closed down 7% for the day Thursday, to $162.11 per share.

In announcing results, CEO Bob Chapek sought to downplay the miss, touting the streamer’s 60% year-over-year sub growth. He portrayed the lower-than-expected subscriber net adds as a hiccup on the way to Disney Plus hitting its target of 230 milllion-260 million subscribers by fiscal year 2024, a goal execs reiterated on Wednesday’s earnings call.

“We continue to manage our DTC business for the long-term,” Chapek said in prepared remarks.

The company blamed content-production delays for the Disney Plus slowdown — and told investors sub growth will reaccelerate up once it has a more consistent cadence on original releases. On yesterday’s earnings call, CFO Christine McCarthy said the company expects Disney Plus net adds in the second half of fiscal year 2022 to be “meaningfully higher” than first six months. In addition, she said, the cadence of original releases on Disney Plus will not hit the company’s targets until fiscal Q4 2022, which will be the first quarter the service will release originals from all of its major brands — Disney, Marvel, Star Wars, Pixar and NatGeo.

Still, multiple Wall Street analysts cut their price targets on Disney’s stock in the wake of the disappointing earnings report for the company’s fiscal Q4 2021.

Research firm MoffettNathanson maintained a “neutral” rating on Disney stock and lowered its 12-month price target from $180 to $175 per share.

Disney management “insisted that their data showed a nice correlation between new original content and subscriber growth,” analyst Michael Nathanson wrote in a note Thursday. “In general, that makes complete sense, as new content is the flywheel for subscriber growth (a la the Netflix model). Yet, we wonder if Disney+ is too narrow a product and requires much greater investment in non-Disney content to widen out the product’s appeal.”

On the call, Chapek said Disney would boost content spending on Disney Plus above the $8 billion-$9 billion range previously pegged for FY2024 in order to widen its programming for international markets.

While the company still expects Disney Plus to be profitable by FY24, the rising investment calls into question the attractiveness of the premium streaming business overall, Nathanson said. The analyst cited a Warren Buffett quote from several years back that “The worst sort of business is one that grows rapidly, requires significant capital to engender the growth, and then earns little or no money. Think airlines.”

“Up to this point, we would argue that all the aggregate investment in streaming going back to the founding of Hulu or Netflix’s pivot from mail-order to internet delivery has not generated any aggregate free cash flow,” Nathanson wrote.

CFRA Research’s Tuna Amobi also cut his 12-month target price, from $220 to $200, keeping a “buy” rating on Disney stock. “[W]ith its content pipeline set to be fully refueled by H2 FY22, we think Disney should still hit its FY 24 target of 230M-260M paid subs at Disney+ (50M-60M and 20M-30M at Hulu and ESPN+),” Amobi wrote. He also called out “notable strides” on the recovery of Disney’s worldwide theme parks. For the most recent quarter, revenue at Disney’s Parks, Experiences and Products Division nearly doubled to $5.4 billion and operating income swung to $640 million from the $945 million loss reported in the COVID-impact quarter a year earlier.

Also trimming its price target for Disney shares was BMO Capital Markets, lowering that from $195 to $180, reflecting “lower core value… driven by reduced estimates.” The firm kept its “market perform” rating on the stock.

“We remain on the sideline, awaiting clarity of the timing of the recovery of the core business margin, in addition to seeking a clearer path on how DIS/ESPN’s live sports business will shift to streaming,” BMO Capital’s Dan Salmon wrote in a note to investors.