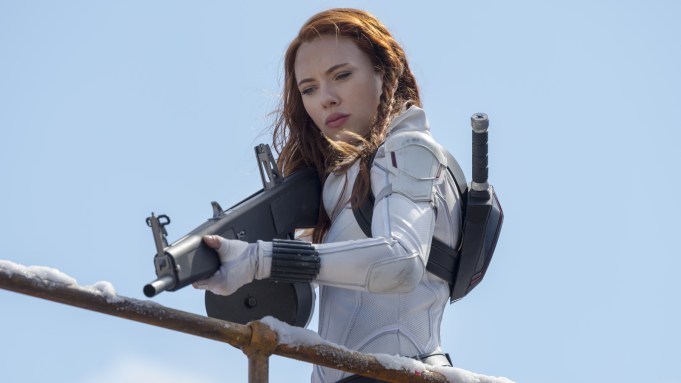 Disney Plus slammed on the brakes in the most recent quarter, gaining 2.1 million customers — the streamer’s slowest growth since launching two years ago.

As of Oct. 2, Disney Plus had 118.1 million paid subscribers worldwide, inching up from 116 million at the end of the prior quarter, the company said in reporting its fiscal Q4 2021 results.

The number was well short of Wall Street forecasts, which had pegged around 10 million net adds: Analysts on average expected Disney Plus subscribers to reach 126.2 million for the quarter, per FactSet. In September, CEO Bob Chapek had cautioned that Disney expected the streamer’s growth to slow down from the prior quarter to increase by a net “low single-digit millions of subscribers,” citing in part COVID-related production delays.

“We continue to manage our [direct-to-consumer] business for the long-term, and are confident that our high-quality entertainment and expansion into additional markets worldwide will enable us to further grow our streaming platforms globally,” Chapek said in announcing the fiscal Q4 results.

On the earnings call, CFO Christine McCarthy said the company expects Disney Plus net adds in the second half of fiscal year 2022 to be “meaningfully higher” than first six months, with peak financial losses for the streamer coming in FY2022. In addition, she said, the cadence of original releases on Disney Plus will not hit the company’s targets until fiscal Q4 2022, which will be the first quarter the service will release originals from all of its major brands — Disney, Marvel, Star Wars, Pixar and NatGeo.

Across the company, revenue and earnings increased during its most recent quarter, bolstered by a rise in visitors to Disney’s resorts and theme parks — a sign that the tourism market is slowly rebounding from the devastation wrought by COVID-19. Total Disney revenue climbed 26% to $18.5 billion, up from $14.7 billion in the prior-year period. Earnings came in at $290 million or 37 cents per share compared to with loss of $580 million or 20 cents per-share in year-ago quarter.

Despite the gains, Disney’s results missed Wall Street’s projections. Analysts had expected Disney to report revenue of $18.8 billion and earnings per share of 49 cents. The results sent Disney’s stock tumbling in after-hours trading, with shares falling more than 4%.

Disney has been gradually battling back after the pandemic shut down its theme parks and shuttered cinemas. But the ground it has to regain remains substantial. Revenue at Disney’s Parks, Experiences and Products Division climbed 99% to $5.4 billion, while operating income swung to $640 million from the $945 million in losses it reported in the year-ago period. However, the company said its results were negatively affected by capacity restrictions. Disney’s Media and Entertainment Distribution division had a 9% increase in revenue to $13.1 billion, but net income dropped 39% to $947 million. That drop was due to higher programming costs, as well as a reduction in licensing and home entertainment revenues.

Overall, Disney reported 179 million total subscriptions across Disney Plus, ESPN Plus and Hulu, up from 174.9 million in the previous quarter.

The Mouse House is banking on a boost to Disney Plus subscriber rolls for the year-end 2021 calendar quarter with the weeklong “Disney Plus Day” celebration, marking the two-year anniversary of the streamer’s debut. The marketing event includes a limited-time promo offering Disney Plus for $1.99 for the first month to new and returning customers.

On Disney Plus Day itself (Nov. 12), the company plans to unleash a slew of content premieres, trailers and first-looks. That includes the Disney Plus debut of Marvel’s “Shang-Chi and the Legend of The Ten Rings,” which will be among 13 films in the Marvel Cinematic Universe available on the streamer in Imax’s Expanded Aspect Ratio. Other new films coming to Disney Plus on Friday include “Jungle Cruise,” starring Dwayne Johnson and Emily Blunt, and original movie reboot “Home Sweet Home Alone.”

For the September 2021 quarter, Disney’s Direct-to-Consumer revenues increased 38% to $4.6 billion and operating loss increased from $400 million to $600 million. The increase in operating loss was due to higher losses at Disney Plus, and to a lesser extent ESPN Plus, the company said, partially offset by improved results at Hulu.

On the call, McCarthy reiterated guidance that the company still expects Disney Plus to reach 230 million-260 million total paid subscribers by September 2024 (a dramatic increase from its 60 million-90 million pre-launch forecast) and that Disney Plus will be profitable in fiscal ’24.