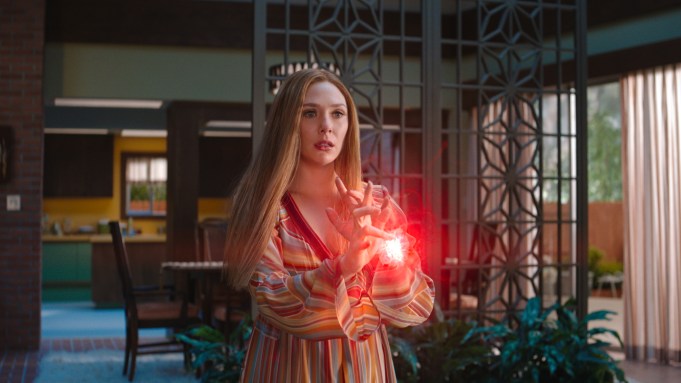 Disney Plus had the wind at its back to close out 2020: The streaming service notched 94.9 million customers worldwide as of Jan. 2, 2021, the company announced.

That’s up more than 8 million in just one month, from 86.8 million paid subscribers as of Dec. 2. It also now tops Disney’s original projections of landing up to 90 million subs for Disney Plus within four years.

Disney Plus’ continued growth through December benefited from the premiere of Pixar’s “Soul” on the platform and the culmination of Season 2 of Star Wars-set hit series “The Mandalorian,” both of which turned in strong viewership numbers, according to Nielsen. It’s also scored another buzzy release with Marvel’s “WandaVision,” which debuted in mid-January.

And Disney is investing big money into originals to keep the streaming train powering forward — and to retain existing subscribers. At its investor day in December, the company outlined a slate of 105 movies and TV series, 80% of which are targeted for its direct-to-consumer streaming services, under the Star Wars, Marvel, Disney Animation and Pixar brands.

All told, Disney’s streaming services — Disney Plus, Hulu and ESPN Plus — stood at 146.4 million customers at the end of the quarter, a 131% increase from the year prior. Hulu subscribers were up 30% year-over-year to 39.4 million (including 4.0 million live TV customers) and ESPN Plus subscribers rose 83% to 12.1 million. The streaming surge helped Disney top Wall Street expectations for the period, its fiscal first quarter of 2021.

Disney Plus stands to get another kick with the rollout starting Feb. 23 of Star, Disney’s international general-entertainment service analogous to Hulu, which will be integrated with Disney Plus (except in Latin America).

Still, the continued rise of Disney Plus — coupled with strong Q4 subscriber gains for Netflix and HBO Max — illustrate that the so-called “streaming wars” aren’t a zero-sum fight, at least in today’s pandemic environment.

The Mouse House bowed Disney Plus in November 2019 in the U.S., Canada, the Netherlands, Australia and New Zealand, before expanding to Europe, India and other territories last year. The service offers a rich library of Disney, Pixar, Marvel and Star Wars movies as well as hit original series “The Mandalorian” and other exclusive TV shows and movies.

Given the service’s strong momentum in year one, Disney in December provided a dramatic upward revision on its forecast for Disney Plus: It now expects 230 million to 260 million total paid subscribers by September 2024.

On the earnings call, McCarthy said the company is “very pleased on the level of churn” for Disney Plus as well as with the conversion of Verizon customers who were on the one-year-free offer to paid.

She also said Disney will report streaming subscriber numbers only at quarter-end from here on out (except in cases when they reach key milestones), which is what the company originally said back in 2019. Over the past year, company execs have regularly provided interim updates for Disney Plus subs to tout its meteoric growth.

Pictured above: Elizabeth Olsen as Wanda Maximoff in Marvel’s “WandaVision” on Disney Plus