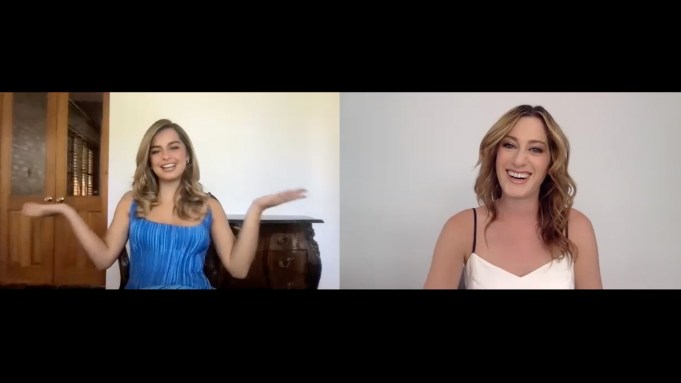 When Addison Rae began posting videos to TikTok in 2019, she had no intention of becoming a celebrity.

“I had a video with my mom that Mariah Carey had ended up liking, and it was very random,” Rae told Variety. “And you know, it kind of put into perspective for me that social media is such a big platform, and anyone can really notice you from it.”

Speaking with senior correspondent Elizabeth Wagmeister at Variety’s Creators Fest, Rae discussed her rise to internet stardom and venturing into acting with Netflix’s “He’s All That.”

“When I got the role, I was crying in the car hysterically and really just excited to show the world more of what I love to do and continue chasing the dreams that I’ve had since I was a little girl.”

With over 80 million followers on TikTok and nearly 40 million on Instagram, Rae has built a social media empire. But with a starring role in a feature film, the 20-year-old multi-hyphenate says she doesn’t want to be held under a “bubble” and wants to show people how passionate she is about acting.

“It’s definitely gonna be hard to prove to people how passionate and how much love I have for acting,” Rae said. “There’s a lot of weight that comes on with that, but it’s something that I’m willing to take on and show people that this is truly who I am and what I love to do.”

Rae also touched on becoming more comfortable being her self online.

“I’ve learned to kind of get over that hump of not wanting to show my insecurities or my flaws or things that I’m embarrassed of,” she said. “Now more than ever I’ve been like, ‘This is me and you either love it or hate it.’ At the end of the day, as long as I’m feeling super excited and happy about the things that I’m doing, that’s kind of all that matters.”

“The internet has become a really toxic place, and I think it’s because so many people throughout the pandemic didn’t have much else to do with their time besides pick apart other people,” Rae said. “Negativity always will hurt and affect you, especially whenever people decide to kind of point out things that you’re already kind of insecure about. It doesn’t necessarily get any easier, but you kind of learn how to love yourself a little bit harder for the people that like to tear you down.”