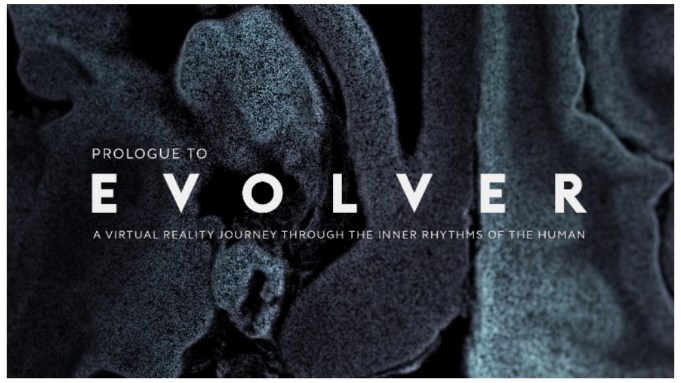 “Evolver-Prologue,” a music-filled immersive film executive produced by Edward R. Pressman (“The Crow”) and Oscar-nominated Terrence Malick (“The Tree of Life”), is set to be partly unveiled at Cannes by France’s Orange.

The first nine minutes of “Evolver – Prologue” will be teased on July 8 during a private screening hosted by Orange at their Pavillon, and will also be part of Cannes XR, a section dedicated to VR within the program of Cannes’ Marché du Film. The project reteams Malick and Pressman, whose first creative collaboration dates back to 1973 with Malick’s feature debut “Badlands.”

The artful film is produced by laureled VR studios Atlas V and Marshmallow Laser Feast, who are aiming to have the full VR film – which will run 30 to 40-minutes long — world premiere at next year’s Cannes Film Festival in the Official Selection, as did previously Alejandro González Iñárritu with “Carne Y Arena.” Malick is a Cannes regular, having scooped prizes there twice with “Days of Heaven” which won best director in 1978, and his Palme d’Or winning film “”The Tree of Life” in 2011. His latest film, “A Hidden Life,” competed at Cannes in 2019.

In the vein of Malick’s films, “Evolver-Prologue” is an introspective and spiritual work reflective on the meaning of life. The experiment boasts an original soundtrack created by Elliot Cole, Roomful of Teeth, and Jonny Greenwood, the guitar player of Radiohead who previously worked on the original score of “Phantom Thread” and “There Will be Blood.”

Orange, which is the main financier of the ambitious film, said it was inspired by the singularity of the project and its quality. “Evolver-Prologue” will be available on Oculus Quest 2 and will be distributed exclusively on Orange’s platform Immersive Now which showcases more than 130 VR or immersive content from different genres.

The Paris-based company has a stellar track record with many critically acclaimed VR films, notably “Gloomy Eyes,” an animated VR series narrated by Colin Farrell, “BattleScar” narrated by Rosario Dawson and Eliza McNitt’s science-themed “Spheres,” produced with Darren Aronofsky and Ari Handel. Their productions have premiered at Tribeca, Sundance, Venice and Toronto, among other festivals.

Marshmallow Laser Feast is a U.K. immersive art collective whose previous works include “We Live in an Ocean of Air,” a multi-sensory immersive installation which was set at the Galerie Saatchi in London.