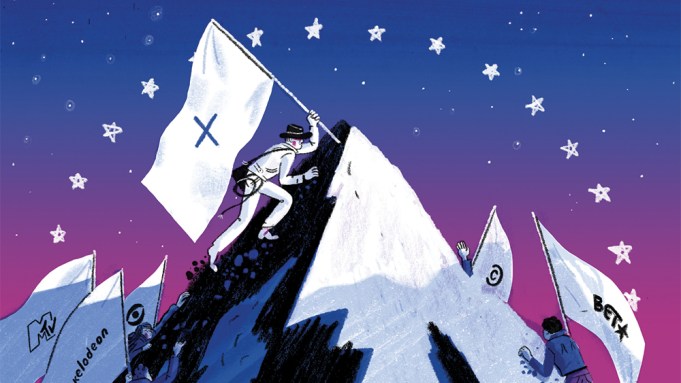 As ViacomCBS looked for options to rebrand its CBS All Access streaming service, the company strategically chose a name that invoked one of Hollywood’s oldest brands: Paramount Plus. Among the many content labels under the ViacomCBS umbrella — including MTV, Nickelodeon, BET, CBS and Comedy Central — the 100-year-old Paramount Pictures was expected to be most recognizable to consumers and give the revamped platform the boost it needs to contend in the streaming wars.

Yet in the weeks leading up to the ViacomCBS investor day event on Feb. 24, where the company intends to raise the curtain on the Paramount Plus strategic plan, there’s been little clarity on how the different divisions integrate with the streaming service. In fact, amid a transition in leadership of digital operations at ViacomCBS, the company has been scrambling to refocus the blueprint and distinguish itself from Netflix, HBO Max, Hulu, Disney Plus and other entrants in the crowded field.

That was most clearly illustrated in the numerous Paramount Plus ads that ran during the Super Bowl. Narrated by Patrick Stewart, star of the CBS All Access original “Star Trek: Picard,” the TV spot featured Dora the Explorer, “Survivor” host Jeff Probst, Snooki from MTV’s “Jersey Shore” and, of course, SpongeBob SquarePants. Industry insiders felt the 30-second clips were a little confusing. Nor did they make it clear that Paramount Plus, set to debut March 4, is a rebrand of CBS All Access.

“They are very late to the game and they have a muddy message,” says producer Peter Newman, the head of NYU’s Tisch School of the Arts’ MBA/MFA program.

One longtime CBS insider described it as “not-invented-here syndrome,” a sign of the perception that the new stewards of Paramount Plus have little appreciation for the foundation built by CBS All Access. A pioneer in subscription streaming, CBS All Access debuted in October 2014 and at present has about 8 million-9 million subscribers who pay $5.99 or $9.99 a month depending on the plan. The price point for Paramount Plus will likely be unveiled next week.

ViacomCBS insiders say there’s been strain in readying the building blocks of Paramount Plus, in part because the regime that built CBS All Access is no longer in place. CBS digital veteran Marc DeBevoise was named chief digital officer of ViacomCBS as the long-awaited merger of Viacom and CBS Corp. was completed in December 2019. In May, the conglomerate unveiled plans to expand and rebrand CBS All Access. Five months later, DeBevoise was elbowed aside, and the reins of the Paramount Plus relaunch were handed to Tom Ryan, then president of Pluto TV.

Ryan, now CEO of ViacomCBS Streaming, came into the fold less than a year before the CBS merger, when Viacom acquired his Pluto TV ad-supported live streaming service for $340 million. The handover to Ryan, who comes from a technology and digital startup background, has led to some hiccups and questions about who is calling the shots at Paramount Plus.

A representative for ViacomCBS declined to discuss Paramount Plus’ launch plans in detail, citing the upcoming investor day presentation. Sources close to the situation disputed the suggestion that the company has struggled to bring its various brands under the new streaming roof. And the source pointed out that most of the Paramount Plus management team under Ryan consists of CBS All Access alums.

Streaming services have the twin demands of offering up a large library of established TV shows and movies as well as buzzy exclusive originals. Paramount Plus is leaning heavily on TV content, such as the many iterations of the “Star Trek” franchise and established ViacomCBS brands like “SpongeBob,” “Dora the Explorer” and “The Daily Show With Trevor Noah,” as well as hundreds of titles from Paramount’s vault, including “The Godfather” trilogy, the “Indiana Jones” franchise and many other classics.

Also on offer: original programs, such as a limited series about the making of “The Godfather,” a revival of the MTV reality show “The Real World” and a spinoff of “SpongeBob SquarePants” called “Kamp Koral,” which features the cast as youngsters at summer camp.

After seeing Netflix boast the arrival of a new movie every week for the next year and Disney, at its annual investor day, announce numerous streaming-centric film and television projects in the works, Paramount Plus executives have made moves to reprioritize the film studio’s offerings. Heightening the sense that was necessary was Warner Bros.’ surprise decision to have its entire 2021 film slate debut simultaneously on HBO Max and in theaters. That is proving to be a huge investment by parent company AT&T in WarnerMedia and the growth of HBO Max.

Paramount Pictures may yet become an integral part of Paramount Plus. At present the studio’s new titles are committed in the lucrative first pay window to Epix, the cable channel that launched in 2009 as a joint venture of Viacom, Lionsgate and MGM. MGM bought out its partners in 2017, and Paramount Pictures’ commitment to Epix is believed to end in late 2022 or early 2023. The subscription Paramount Plus service would be a natural new home, although sources close to the situation say there’s no certainty that any such deal will transpire.

In the near term, Paramount Pictures has been a free agent. With the pandemic resulting in prolonged movie theater closures, the studio has been active in selling finished titles including Eddie Murphy’s “Coming 2 America” and Michael B. Jordan starrer “Without Remorse” to Amazon Studios. Sources familiar with the negotiations say CBS All Access/Paramount Plus were offered most title but didn’t have the budget to buy them. “The SpongeBob Movie: Sponge on the Run,” Paramount’s animated feature derived from the Nickelodeon stalwart, will debut March 4 as a premium $20 VOD offering; it will be available free to Paramount Plus subscribers.

Insiders say ViacomCBS doesn’t plan to use the buzziest theatrical releases it has on hand, such as “Mission: Impossible 7,” “Top Gun: Maverick” and “A Quiet Place Part II,” to make a splash for Paramount Plus. That’s a departure from the approach taken by Disney and WarnerMedia: The July 4 debut of the film of Lin-Manuel Miranda’s Broadway smash “Hamilton” and Christmas Day premiere of Pixar’s “Soul” helped goose Disney Plus subscribers, as did the Christmas Day launch of Warner Bros.’ “Wonder Woman 1984” for HBO Max.

ViacomCBS would have had to cut a big check to the profit participants of tentpoles like “Top Gun” and “Quiet Place” to make up for the lost box office potential, a blow the company isn’t well positioned to absorb.

That’s because ViacomCBS is still pulling out of the financial crater created by all the internal drama and sector headwinds that have buffeted the two halves of the reunited Redstone media empire, Viacom and CBS Corp., since they were reunited. The enlarged ViacomCBS also can’t afford a big hit to its theatrical business at the same time CBS is faced with an eye-popping price hike to renew its TV rights pact with the NFL.

ViacomCBS has billed Paramount Plus as offering “a mountain of entertainment,” in a nod to the studio’s iconic snowcapped peak logo. As relaunch date approaches, it’s clear the conglomerate has steep passages to scale before it hits the streaming summit.