Overcoming challenges brought on by COVID-19, the island’s film industry is entering a new era of productivity, bringing nine features to South Korea 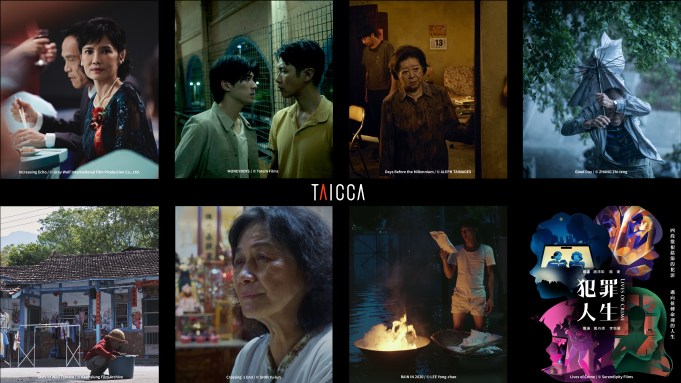 Despite being shrouded in the shadow of the global COVID-19 pandemic, Taiwan’s film industry has continued to thrive in 2021. This is thanks to precautions being taken on a local level, enabling a diverse array of new works to blossom.

The industry’s continued productivity is evident in the number of Taiwanese films that are screening at this year’s now-underway Busan International Film Festival. Nine Taiwanese projects are part of the South Korea-based festival’s official sections, displaying an abundance of creative energy and signaling the opening of an exciting new chapter in Taiwanese cinema.

The festival’s A Window on Asian Cinema section features four Taiwanese selections: “Days Before the Millennium,” “Increasing Echo,” “Moneyboys” and “The Falls.”

“Days Before the Millennium,” the debut feature of Chang Teng-Yuan, is an ambitious historical epic that shows the struggles of newly arrived Vietnamese migrants in Taiwan.

Accomplished cinematographer Chienn Hsiang’s second directorial effort, “Increasing Echo,” was part of the festival’s Asian Project Market in 2017, and now the completed film will make its world premiere at the festival as an official selection. Chen Shiang-Chyi stars as a repressed wife who finally releases years of pent-up frustration and resentment toward her husband (Chen Yi-Wen) after receiving a distressing phone call.

“Moneyboys,” a co-production among Taiwan, Austria, France and Belgium, has been a topic of much discussion since its premiere in the Un Certain Regard section at Cannes this summer. The highly anticipated LGBTQ+ drama delves into the gap in values between urban and rural regions thanks to the country’s rapid development.

And Taiwanese auteur Chung Mong-Hong’s pandemic-set tale “The Falls” will be introduced to Asian audiences at BIFF after screening at Venice and Toronto earlier this year.

“Taste of Wild Tomato,” a new work by Lau Kek-Huat, delves into one of the most traumatic events in Taiwan’s history, an infamous massacre that took place on Feb. 28, 1947, remembered as the “228 Incident.” This anti-government uprising was brutally suppressed; thousands died. Lau weaves together archival footage alongside modern-day interviews, reflecting on Taiwan’s historical scars and offering new insights into its history.

“Crossing’s End,” directed by activist and reform advocate Shih Yu-Lun, takes a deep dive into the controversial Houfeng Bridge case, in which two Taiwanese men were wrongfully convicted of murder. Shih spent years following the accused and their families, offering multiple viewpoints and dialectical perspectives. Both defendants were acquitted of all charges in 2019, making the film’s premiere especially meaningful and timely.

Then there is “Rain in 2020,” the latest from Myanmar-born director Lee Yong-Chao, whose works have appeared in festivals around the world. With “Rain in 2020,” Lee spent seven years documenting a family in Myanmar as they faced the floods brought by the country’s rainy season. The impact of the pandemic is exposed through their daily conversations and illuminated through subtle details, capturing the changing times and the lives of the common people.

For more information on these films, visit TAICCA’s website and watch its showreel.