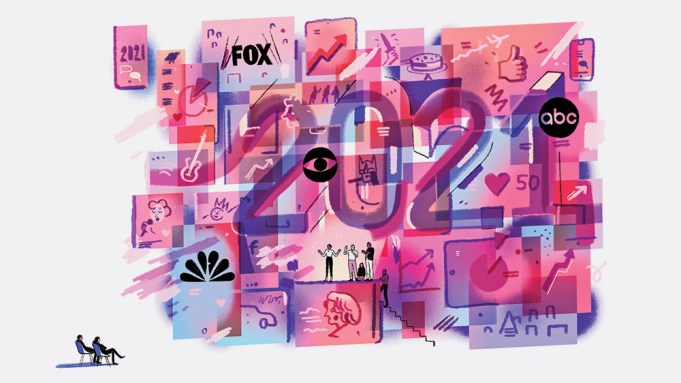 Donna Speciale’s recent return to the business of selling TV advertising might be the most obvious hint that Madison Avenue is eager to get back to normal after a year of coronavirus chaos. Too bad that won’t be possible.

Speciale is a veteran ad executive with hard-won experience on both sides of the bargaining table. She spent years as a top media buyer working for ad giants like Procter & Gamble and Coca-Cola before testing new waters and leading ad sales efforts at WarnerMedia. She was recently named the ad sales chief at Spanish-language broadcaster Univision. Her first actions in that role show just how much quick change the industry is facing. She hired two of her top lieutenants at WarnerMedia, Dan Riess and Dan Aversano, a move that lets advertisers know they’ll be dealing with a familiar team. And she unveiled a glitzy deal that named Clorox, Coca-Cola, Dunkin, Johnson & Johnson, Toyota and Walmart as charter sponsors … of PrendeTV, a new Univision streaming video site.

It’s all part of preparing for the annual TV business ritual known as the upfront, when U.S. media companies haggle over ad time for their next round of shows. In 2020, the process went through wrenching change as big advertisers like MasterCard and Unilever called for the ability to delay their purchases due to the economic slump caused by the pandemic. They even suggested abolishing the upfront process in favor of letting advertisers make buys well past the traditional timeline. The volume of ad commitments fell last year by as much as 15% to 20%, according to Variety estimates.

In 2021, owners of big TV networks hope to reverse the trend by selling much more than TV ads.

“The upfront is happening. It’s not un-happening,” says Speciale. “But it’s evolving. There is a lot of dialogue about audiences and impressions and having flexibility to make buying across new platforms much easier.”

In May, Univision and its TV competitors will put on a series of virtual showcases as part of an industry ritual called Upfront Week (only NBCUniversal has yet to comment on what plans, if any, it has). The networks will likely use a host of old standbys: sneak-preview clips from new series, comedy sketches and an annual much-scrutinized monologue from ABC late-night host Jimmy Kimmel.

Making a good impression will require a lot more than that. Big advertisers are scrambling to follow their consumers to Hollywood’s new streaming services as well as to the new screens consumers are using to find their favorite movies and scripted comedies and dramas. When the upfront starts in May, the TV companies will have to ramp up nascent systems and technologies in which digital rivals are expert.

At issue: As more onetime couch potatoes migrate to streaming video, big advertisers eager to court them are shifting the manner in which they spend their money. Madison Avenue is funneling more of its dollars into so-called programmatic advertising that is keyed via software to appear in front of specific niche audiences, and is eager to test “addressable” commercials that can be sent to car buyers or expectant mothers via set-top box or smart TV.

“We are not just interested in which network is going to deliver the highest adult 18 to 49 ratings anymore. We are looking for where our targets for our advertisers are consuming content and what is the most effective and efficient way to reach them,” says David Campanelli, executive vice president and chief investment officer at Horizon Media, an independent media-buying agency. “You are really buying across the portfolio and not just what the big shows are going to be in primetime.”

Madison Avenue is cheering for the streaming wars. Two of the nation’s most influential advertisers, Procter & Gamble and General Motors, have signed on as charter sponsors of ViacomCBS’ new Paramount Plus. NBCU’s Peacock caught the eye of advertisers including Capital One, L’Oréal, Verizon, State Farm and Target.

So the TV networks need to get their next pitch exactly right. Billions of dollars are at stake — but fewer than in recent memory. Hobbled by the coronavirus in 2020, advertisers held tight to their purse strings. National TV ad spending last year fell 13.3%, according to Kantar, to approximately $50.5 billion from nearly $58.3 billion in 2019. Movie studios, retailers, fast-food chains and travel marketers all found themselves with fewer reasons to run commercials as consumers stayed close to home.

Now there’s a growing expectation that big marketers are ready to spend anew. “We think demand is going to be very strong,” says JP Colaco, head of ad sales for WarnerMedia. “You are seeing vaccinations starting to accelerate, and so people are actually being aggressive about taking out opportunities to put their money down and not wait until the end of the summer, like they did last year. We feel this is going to move fairly quickly.”

Big media companies are paving new paths for advertisers to buy inventory in both linear TV shows and their streaming counterparts. Walt Disney’s ad sales team spent last week meeting with media-buying agencies to detail how the company wants to help facilitate buying between TV properties like ABC and streaming outlets like Hulu. “We’ve put everything in one house,” says Rita Ferro, president of ad sales and partnerships at Disney. NBCUniversal has also placed its local stations, digital venues and TV networks under a single system.

Even so, there are a tangle of new complexities that might just keep the market from overheating. Advertisers still want leeway to buy at times of their own choosing, not months in advance of new program launches, as the upfront demands. “There will always be a window of time when the majority of deals get done, but deals today will have more flexibility for clients,” says Michael Law, president of Dentsu’s Amplifi USA, a large media buyer. “You will see some deals done earlier, in the middle, and later, and be much more bespoke.”

Meanwhile, TV networks will be under pressure to get the same kind of prices for ads in streaming video that they did for primetime TV. Indeed, that may be the central debate in this year’s ad haggle, especially as viewers leave linear TV viewing to watch their favorites at times of their own choosing.

TV executives believe they should get a premium from advertisers for helping them zero in on the exact streaming consumers they need to reach. Media buyers say they are already paying higher rates for streaming ads than they do for some cable networks.

At least one thing hasn’t changed about the upfront: negotiating.