The Streaming Future Is Now 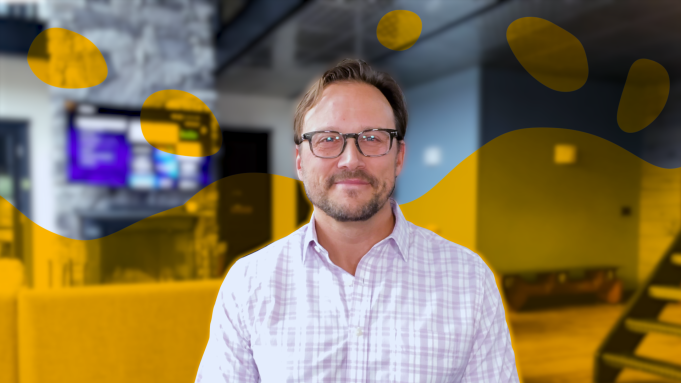 Fueled by the pandemic, the switch to streaming is accelerating — and there is no going back.

Streaming services were already gaining traction before most of America found itself stuck at home. Now, though, cord cutting and the switch to streaming are accelerating.

“Every major media company understands that the future of television is 100% streamed,” says Scott Rosenberg, Roku’s senior vice president and general manager for platform business. “It is a trend that started before the pandemic, and the pandemic has really acted to just accelerate and cement the trend.”

Roku is one of the companies at the center of the streaming revolution. It built a TV streaming platform for distributing content and ads but is best known for its streaming box. One in three smart TVs sold in the U.S. now include the Roku operating system, so viewers don’t need an external box.

Since Roku is an independent company and doesn’t have its own streaming service, it’s in an unusual position: free of some of the rivalries that limit what other devices and services can provide.

“We’re in a great place because we are an enabler, and we help those partners find audience, engage, retain, sign up subscribers, deliver advanced advertising,” Rosenberg says.

Roku active accounts increased by 43% to 46 million, according to the company’s third-quarter financial results, while streaming hours rose 54% to 14.8 billion.

During the pandemic, the loss of live sports pushed many customers over the threshold to streaming.

“For consumers who were on the edge of cutting the cord and switching to streaming only, it was the excuse to switch,” he says. “And now that they’ve switched, I think a lot of folks in the business are asking themselves, ‘Well, do they go back?’ And the answer there is a definitive ‘No.’”

According to a recent cord cutting survey, 90% of Roku users who cut the cord say they’re very satisfied and have no intent of going back to traditional pay TV.

While streaming models, such as subscription video on demand, transactional VOD and premium VOD (higher-priced rentals and purchases of new releases intended for movie theaters), have surged in recent months, free VOD is exploding as consumers max out their budgets for SVOD services and turn to ad-supported channels, or AVOD.

“We’ve seen for many years now the ad-supported segment of viewing on our platform is growing quicker than the other segments as demonstrated by the growth of The Roku Channel,” he says.

While streaming services have the wind at their back in the current climate, old habits die hard among advertisers.

“There’s still too much [ad] money being spent in linear television,” Rosenberg says. “About 30% of all TV viewership is now done through a smart TV platform, through streaming. But only 3%, 4%, 5% of TV [global advertising] budgets are spent there.”

Advertising in the streaming arena offers data not even approached by traditional advertising metrics, and puts at least one advertising holy grail within reach: individually targeted ads.

“We can deliver a singular ad to one person that we know is relevant,” he says. “That ad can be clickable. We can determine if that user’s engagement of that ad led to a product purchase on the consumer’s phone. And so, that’s going to make TV ad dollars that move to streaming work better, work harder, perform better.”

The advent of AVOD will also allow a more diverse set of advertisers.

“It’s also going to bring in another class of advertisers who historically have been unable to invest in television because it doesn’t have the measurement, the performance attributes of digital,” Rosenberg says.

While the pandemic has boosted streaming, it’s also forced Roku to adapt to new conditions.

“It’s been necessary — to be successful as a generally smaller company in a big ecosystem with a lot of big competitors — to be agile,” he says. “And the TV business has evolved very quickly in ways we might not have anticipated 10 years ago.”

“We tend to push decision-making down into the organization and empower leaders [and] managers to make decisions for their team that are appropriate for their teams to be productive,” he says.

Personally, Rosenberg has relished the opportunity to be at home — rather than traveling — and it has changed his view of productivity.

“I’m a guy who’s spent a huge part of his career on a plane or in a hotel, and I wouldn’t have thought I and my colleagues could be as productive as we are in this environment,” he says.

Working at Roku has allowed Rosenberg to indulge in his love for television and the multiplying options for high-quality programming that the streaming marketplace affords, he says. That passion has extended to his family — during the pandemic, they have been streaming everything from “The Mandalorian” to “The Undoing” to “The Queen’s Gambit.”

“It’s very rewarding to work on television, generally,” Rosenberg says. “That sounds cheesy I suppose, but it’s a product that touches everybody all over the world.”

PwC can help you deliver a leading direct-to-consumer video experience based on their proprietary research and know-how. PwC’s Global Entertainment & Media Outlook 2020-2024 is a single, comparable source for consumer and advertising spending and analysis across 14 segments and 53 countries. To request a custom presentation (limited to one per qualifying organization) or receive the Special Report directly to your inbox, click here.