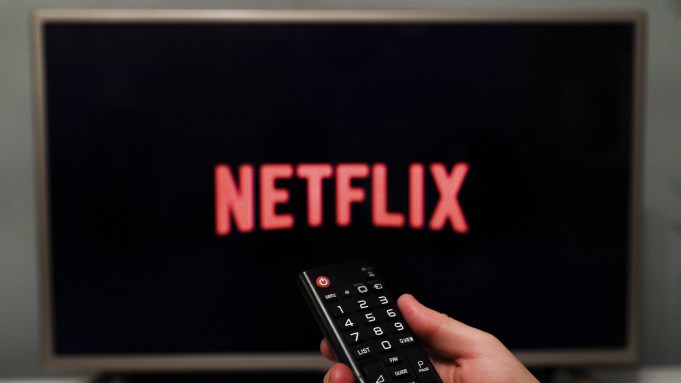 Netflix, coming off a pandemic-fueled bumper crop of subscribers in 2020, added just 1.5 million customers worldwide for the second quarter of 2021 — a significant slowdown from its previous torrid pace of growth.

The company also officially unveiled its plans to enter the video game market, staring with mobile games, eyeing it as a new category that will help it attract and retain customers. “[W]e think the time is right to learn more about how our members value games,” it said in announcing Q2 results. Netflix said games would be included as part of the monthly subscription price of its core service.

The light subscriber gain for Netflix in the most recent quarter — and its loss in the U.S. and Canada — come after record-breaking subscriber additions in 2020, driven by COVID-19 lockdowns. At the same time, the company has faced a new horde of streaming competitors also fighting for market share, including Disney Plus, HBO Max, Peacock, Discovery Plus and Paramount Plus.

“We believe our large membership base in [the U.S. and Canada] coupled with a seasonally smaller quarter for acquisition is the main reason” for its loss of subscribers in the region, the company said in its shareholder letter. Netflix in Q2 2019 lost about 130,000 paid subs in the U.S. — following a price hike — and since then has added nearly 7.5 million paid customers in the U.S. and Canada.

For the second quarter, Netflix posted $7.34 billion in revenue, up 19.4% from the year-ago quarter, and earnings per share of $2.97. That slightly topped analyst consensus estimates for $7.32 billion in revenue but fell short on the earnings front, as Wall Street had expected EPS of $3.15, per financial data provider Refinitiv.

Netflix shares were down about 0.2% in after-hours trading Tuesday following the earnings report.

Through the first half of the year, Netflix said it spent $8 billion in cash on content (up 41% year over year). For the full year, the company projects content amortization to be around $12 billion, up 12% versus 2020. As has been its custom, Netflix touted huge viewing numbers for original films and TV series including “Army of the Dead” and “The Mitchells vs. The Machines” — but using its own metric that tallies viewers that have streamed at least two minutes of a title.

On the gaming front, Netflix said it’s in “the early stages of further expanding into games, building on our earlier efforts around interactivity (eg, Black Mirror Bandersnatch) and our Stranger Things games.”

Netflix plans to create games based on its original TV shows and films, as well as introduce completely new games and license some titles, Peters told investors on the Q2 earnings interview.

“We view gaming as another new content category for us, similar to our expansion into original films, animation and unscripted TV,” the company said in the Q2 letter to investors. “Games will be included in members’ Netflix subscription at no additional cost similar to films and series. Initially, we’ll be primarily focused on games for mobile devices. We’re excited as ever about our movies and TV series offering and we expect a long runway of increasing investment and growth across all of our existing content categories, but since we are nearly a decade into our push into original programming, we think the time is right to learn more about how our members value games.”

With the slowdown in subscriber growth, Netflix has stepped up initiatives to cultivate additional revenue streams, including merchandise, live events and potentially VR content.

Netflix co-CEO Reed Hastings was asked on the Q2 interview which of the new adjacent areas will become significant profit pools. Hastings replied, “None of them — they’re not designed to be.” Those initiatives are about “enhancing the big service that we have,” he added. “We’re a one-product company with a bunch of supporting elements that help that product be an incredible satisfaction for consumers and a monetizing engine for investors.”

Netflix identified new rivals in its Q2 letter, including TikTok, but said its main competitor is “ourselves” as it works to improve the service. The company has always broadly defined its competitive set.

“In the race to entertain consumers around the world, we continue to compete for screen time with a broad set of firms like YouTube, Epic Games and TikTok (to name just a few). But, we are mostly competing with ourselves to improve our service as fast as we can. If we can do that, we’re confident we can maintain our strong position and continue to grow nicely as we have been over the past two-plus decades.”

Citing recent industry consolidation — including the planned merger of WarnerMedia and Discovery and Amazon’s bid for MGM — Netflix said in the shareholder letter that it doesn’t believe the M&A activity has affected its growth much, “if at all.”

And Netflix said it has not identified any “compelling” merger of acquisition targets. “While we are continually evaluating opportunities, we don’t view any assets as ‘must-have’ and we haven’t yet found any large scale ones to be sufficiently compelling to act upon,” the company said.