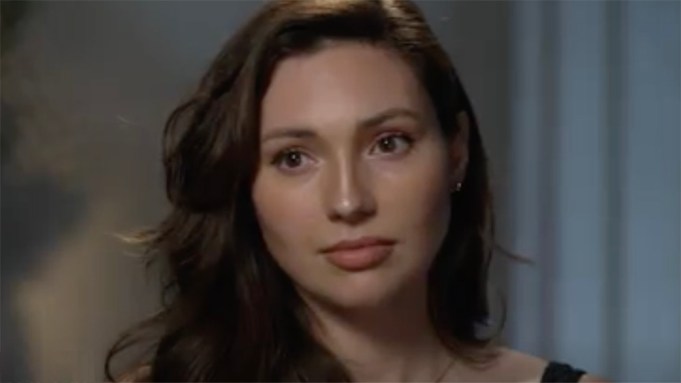 Jessica Mann, one of the key witnesses from Harvey Weinstein’s criminal trial, is speaking out for the first time since he was convicted in 2020.

Mann — whose testimony was the basis for Weinstein’s rape conviction — shared her story in the courtroom, but has never given a media interview, up until now.

In the 2020 New York trial, Mann was the surprise star witness. A hairdresser who was raised on a dairy farm in Washington, she left home as a teenager and moved to Los Angeles to become an actor in her mid 20’s. After meeting Weinstein in L.A., Mann explained that she chose to maintain a sexual relationship with him for years, out of fear of retaliation and out of hope that he could help her career. In 2013, Weinstein raped Mann in a New York City hotel.

The jury convicted Weinstein on the charge of third degree rape, based on Mann’s testimony, in which she shared graphic and disturbing details of Weinstein’s criminal behavior against her.

Throughout her three days of grueling testimony, Mann was hit with brutal cross-examination from Weinstein’s defense team and, at one point, broke down on the stand. During cross-examination, Mann repeatedly cried, expressing anger and frustration that she was not allowed to tell her full story.

When she was able to face the judge and give her victim impact statement, Mann explained how she saw Weinstein’s threatening behavior and abuse of power first-hand over the years. “Rape is not just one moment of penetration,” she said. “It is forever.”

In her interview, which will air Thursday night on NewsNation, Mann is expected to explain her breakdown in the courtroom, along with discussing why she did not speak to media in the year since the trial.

Weinstein was also convicted of sexual assault. He is currently serving 23 years in prison while awaiting another trial in Los Angeles, and he faces 140 years if convicted on all 11 rape and sexual assault charges on the west coast. This week, Weinstein’s team objected to his Los Angeles extradition.

Last week, Weinstein’s attorneys appealed his rape conviction, arguing that the judge made errors that resulted in a rigged trial.

In a first look at her television interview, obtained by Variety, Mann says, “I almost find the situation laughable. It’s just so typical. He’s looking for the loopholes — anything he can find. At this point, it’s not a surprise.”

“The 100-plus voices of women who never knew each other, who never spoke, who lived in the dark and hid this shame and dealt with this trauma, attest to the fact that this man is not innocent, so he’s delusional,” Mann says, speaking to investigative journalist and NewsNation correspondent, Rich McHugh.

McHugh was the producer at NBC News who worked alongside Ronan Farrow on the Weinstein investigation that they claimed was shot down by the news organization.

Mann decided to speak out now because she is working to reform laws around consent to prevent sexual assault.

Alongside Dawn Dunning and Tarale Wulff, two other women who testified in Weinstein’s New York trial, Mann is backing a bill (Bill A6540) that was unveiled earlier this month by New York Assembly member Rebecca Seawright, which would define consent in that state’s general laws.

“By applying consent in general laws, this bill makes it clear that the same consent that protects your property protects your body,” Wulff said in a press conference on Apr. 6.

Under the bill, consent would be defined as “freely given, knowledgeable and informed agreement…obtained without the use of malice such as forcible compulsion, duress, coercion, deception, fraud, concealment, or artifice.”