Company uses AI technology to adapt and distribute creator videos across all social platforms, allowing creators to focus on creativity 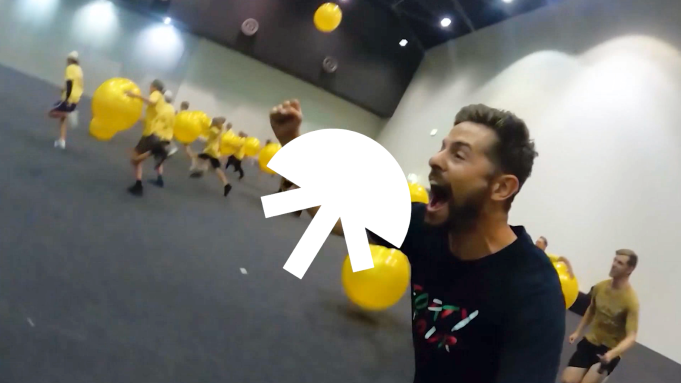 According to a recent survey, a whopping 86% of young Americans want to be a social media content creator. They see other young people earning fame and fortune by doing what they love and sharing it online.

In fact, there are 50 million creators working today — yet only 0.1% can make a living at it, and those career creators learn quickly that it’s more than a 9-to-5 gig.

Once they find their niche and start generating a regular stream of quality content, they slam into a massive challenge: Every social media platform (Instagram, Facebook, Snapchat, TikTok, YouTube, etc.) has its own rules, and most creators lack the time and technical proficiency to maximize revenue across each one. Trying to keep up with all of them means countless hours of editing, uploading, and community management instead of creating new content.

This is where Jellysmack comes in.

The global creator company uses its proprietary technology and team of experts to take on many of the tasks that exhaust creators, including editing videos for multiple platforms and publishing on those additional social channels.

“Creators know that it’s smart for them to be everywhere,” says Jeff Olson, Jellysmack’s head of creator partnerships. “It helps them reach more fans, make more money and protect themselves from platform changes out of their control that could negatively impact their business. Jellysmack lets creators be on all the platforms they want without taking on more work.”

Its data- and tech-driven approach has delivered some eye-opening numbers. In 2020, creators who worked with Jellysmack reached a collective average of 125 million U.S. viewers per month. (That’s the fourth-largest social audience in the U.S. overall for any company, behind only some giant media conglomerates, according to insights from leading global video audience measurement firm Tubular Labs.) Jellysmack has helped more than 250 individual creator partners grow their audience and maximize their revenue with its signature Creator Program.

For example, makeup artist and true crime YouTube creator Bailey Sarian signed on to Jellysmack’s Creator Program in May 2020 with roughly 35,000 Facebook followers. In a year, Jellysmack grew her audience to over 10 million. For YouTuber LaurDIY, Jellysmack launched her show on Snapchat and built her audience to 838,000 subscribers in just seven months. Jellysmack also owns and operates some of the world’s largest social channels in soccer, gaming, beauty, basketball and movies.

By taking on much of the operational burden, Jellysmack frees creators’ imaginations. Popular social media personality and prankster Derek Deso, who rakes in nearly 32 million unique monthly viewers, says, “The most challenging part of the job is trying to be creative every single day.”

Deso was ranked as the second-largest creator in the entertainment media category in 2020, according to Tubular Labs. His short-form videos aim to be lighthearted fun, but behind the scenes, he admits the always-on mentality has left him feeling burned out.

“Sometimes you try to tackle too much,” he says, “and then you still have to have a normal life. … You stay on for 15 hours a day thinking about ideas, writing down ideas, buying the props. … Doing it all on an everyday basis — it messes with you a little bit.”

Deso says that working with Jellysmack has made his creative business sustainable. He has more time to concentrate on creativity and logistics, while Jellysmack takes on the work of operating channels, growing the audience through retargeting and proprietary ad tech, and using insights to guide the creator toward making more powerful content.

“Ever since we started working together, everything’s been amazing,” Deso says.

Jellysmack’s analytics have also helped Deso strategize his appeal to different audiences. One of his platforms has an older fan base, and another is primarily made up of teenagers. “The same video performs differently on different platforms,” he says.

Jellysmack has signed some of the biggest social media stars, including MrBeast and PewDiePie, but it also seeks out up-and-coming creators. The company uses custom-built technology that combines artificial intelligence and social listening to analyze much more than just audience size, including genre, how the audience interacts with the creators, how often they post, and dozens of other metrics. Before joining the Jellysmack Creator Program, creators go through a testing process to ensure the partnership is a mutual fit.

Olson says superstars and newly viral creators find Jellysmack appealing for similar reasons. “Jellysmack is the most powerful way for creators to go multi-platform because we achieve genuine results in record time,” he says. “Our first-party data, proprietary technology, and understanding of how to successfully monetize on each platform are truly unrivaled.”

But most importantly, Olson adds, Jellysmack’s offerings focus on the unique skills of the creator. “We take the time to understand each creator’s brand voice in order to maintain the authenticity that they’ve worked so hard to build.”

Top Jellysmack Creator Partners Bailey Sarian and Brad Mondo will join Jellysmack executives for a panel on “The Beauty of a Multi-Platform Social Approach” at the virtual Variety Creators Fest on Aug. 12.