The historical epic’s production design helped the series to take on themes of American race relations, class conflicts and mob wars in its fourth installment 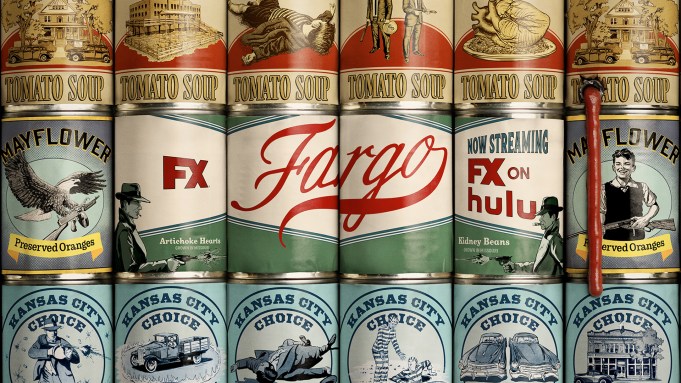 The settings and scope of “Fargo’s” fourth installment are as variegated as America itself — something the show’s design team relished taking into account.

Of course, the “Fargo” brand is intimately associated with snow, courtesy of the 1996 Coen brothers’ movie from which the television version was spun off. Costume designer J.R. Hawbaker even began her first meeting with showrunner and creator Noah Hawley by joking, “‘Fargo,’ right? It’s just all about the coats. It’s the outerwear. Snow and coats.”

The action would careen from a kiddie park in bright summer sunshine to a slaughterhouse’s dark underbelly in autumn. Along the way, the story would serve as an allegory of America’s racial heritage and class conflicts, both of which linger in our culture.

“We all really fell in love with the idea of this story,” says production designer Warren Alan Young, “the story of today as much as it was the story of 1950.”

Where to film to achieve the desired narrative variety was crucial. Calgary, Alberta, host to the first three installments, was ruled out as modernized and too British in look. But in Chicago “there were whole neighborhoods where you could turn the camera 360 degrees, and you might have to paint out one house,” and the vérité was palpable. “You throw the old cars in there,” explains Young, “and it looks exactly like it did back then.”

“A level of authenticity is always at the top of the list,” avers Young. The home of the Faddas, an Italian family resistant to assimilation, reflects “a rich and vibrant world, full of Old World energy,” in contrast with the archetypal Midwestern home of Loy Cannon, “who sought to portray the American dream for his children and his people.”

“I live for shows and movies where the sets specifically are characters, and have something to say that we don’t have time for the actors to say,” he explains.

Hawley brought another overarching visual goal to the table: “It was important to me that if you saw a still photograph from any season [of the series], you would know exactly which season it was.” The first was snow-driven in homage to the movie, while Season 2 went with muted tones and older lenses. In Season 3, he recalls, “we went through a kind of digital process in which we basically removed the color blue from the show and the camera.”

This time around, the story’s sweep led the production to incorporate photography’s entire modern history. For scenes set early in the century, Hawley explains, “we were trying to get to an autochrome look, which was literally black-and-white film painted with color.” For later years, they would seek inspiration from “very evocative” Kodachrome, “in which reds and yellows really popped.” (He gives special props to director of photography Dana Gonzales for bringing that palette alive, digitally and in post-production.)

In today’s TV and features, Hawbaker notes, “a lot of those primary colors are just not utilized as much. But they said, ‘Go for it. Use the period. We’re going to make something of that.’”

The show’s sociopathic angel of death, Oraetta Mayflower, is a case in point. Actor Jessie Buckley was high on giving her flaming red hair, and Young promised to design around her so “that soul on fire is a thing that we see. Whether she’s at work in an office, against greens or blues or olives,” he explains, “you’re following the bouncing ball, if you will.”

For her part, Hawbaker added extra starch to the nurse’s outfit, custom-colored in puce and gray tones to exploit the emotional tension of a slightly off color against Young’s mint-tinted walls. “We made the hat just a little too tall,” so she’d be “more like a sailboat sailing down a hallway than the other nurses. Everything was tweaked ever so, and then you just wait for Jessie and Noah to punch holes in the archetype.” Not a matter of grabbing a uniform from a 1950s aisle, that’s for sure.

“What I feel helps elevate this show’s design level,” Hawbaker offers, “is that Noah makes us very unafraid to ask tough questions. … We feel very free to get up in each other’s business.”

Young got up in Hawley’s business by suggesting they incorporate motifs from iconic jazz album covers of the 1950s that “tend to take a photograph,” in Hawley’s words, and “introduce a very geometric look on top of it. You’ll have the photo in a box, or just the top strip. And so I started to think about designing transitions … based on that kind of design aesthetic.”

The convention of bridging scenes with split screen, to link disparate characters and locales, was the beneficiary. “To be able to put one or more images together in these moments,” Hawley believes, “creates a narrative tension that you don’t otherwise get from just that scene.”

As if the series’ look wasn’t already bold enough, the decision was made to shoot a late-inning episode, which explores the back country, in stark black and white. Incorporated are references to enduring Depression-era images of bleak poverty, and even — when the action switches back to color — to “The Wizard of Oz.” (A tornado sweeps away a couple of central characters, and a youngster is dressed in what Hawbaker calls “that full Dorothy color palette … the gingham and the red hat. And the little dog, too.”)

But this is “Fargo” after all, where visual audacity goes hand in hand with narrative boldness, and where desperate people keep running smack into the fickle finger of fate: a cadre of Icaruses, flying too close to the sun.

“My feeling is we’re creating mythology,” Hawley states. “You know? We’re creating American myths. And in order to do that, you have to make things mythic.”