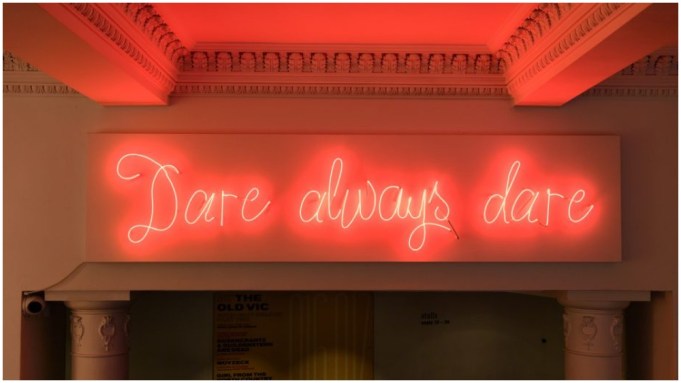 London’s 203-year-old The Old Vic theater was forced to close its doors a year ago due to the pandemic and has released a video that explains how the institution survived the crisis.

“It was a year ago this week that we closed The Old Vic’s doors to the public, canceled the last few week’s of Samuel Beckett’s ‘Endgame,’ and postponed the highly-anticipated new production of Amy Herzog’s ‘4000 Miles,'” said The Old Vic artistic director Matthew Warchus. “At the same time we also made a commitment to do everything possible to maintain some kind of meaningful connection with you, our audiences, during this difficult time. We had no idea, of course, that those initial weeks of lockdown would turn into a year of hardship, challenge and great loss.”

“Thanks to our incredible team of staff and associates, and exceptional philanthropic and government support, plus many many video conference calls, we have not only been able to uphold that commitment, in fact, we’ve connected with more people than I could have imagined, right across the globe,” Warchus added.

“And now it seems we are all finally at a turning point where the hopeful glow on the horizon is no longer just a mirage but a real destination to set our sights on. The theater industry has had a severely bruising year but what hasn’t dimmed is its eagerness to step up and play its crucial role in rebuilding live connections and shared experiences. Delivering uplifting and mind-expanding stories, in a safe and joyful way, after more than a year dominated by separation, fear, anger and sadness, is utterly vital and it’s something we can’t wait to resume.”

Meanwhile, theaters across the U.K. are announcing summer play dates as venues are set to begin reopening from May 17. Producer Colin Ingram (“Ghost – The Musical”) and Robert Zemeckis and Bob Gale, the creators of the Back To The Future film trilogy, have announced that performances of “Back To The Future The Musical” at the Adelphi Theatre in London’s West End will now begin Aug. 20. The musical’s out-of-town opening at Manchester Opera House in March 2020 was warmly received, but was cut short when theaters were closed a year ago.

Roger Bart and Olly Dobson will play the roles of Dr Emmett Brown and Marty McFly, respectively. The cast will appear in a special performance on Comic Relief, which will air on BBC One on March 19. The sketch created by Gale, commissioned for Comic Relief, has been directed by Richard Curtis.

The eight-part series follows Zygier’s journey from suburban Melbourne to the Israeli defence force, before joining the intelligence agency.

Animation studio Astley Baker Davies (ABD), creators of beloved kids’ animated property “Peppa Pig,” is handing over production of the series to British animation studio Karrot “Sarah & Duck”, with Andrea Tran at the helm as director. The animation style, music and voice talent will remain unchanged. Entertainment One has ordered a further 104 five-minute episodes of the long-running series.

Key talent from ABD will join Karrot, including Phill Hall who will be head writer having co-written several episodes of “Peppa Pig” since 2007. The series, created by animators Mark Baker and Neville Astley and produced by Phil Davies, debuted in 2004.

British-Pakistani record producer, DJ, songwriter and musician Naughty Boy is collaborating on new, original, recordings for upcoming cross-cultural romantic comedy “What’s Love Got To Do With It?”. Naughty Boy will work with an as yet unnamed Pakistani artist on the project.

The film is written by Jemima Khan and produced by her Instinct Productions (“The Clinton Affair”) with producer Nicky Kentish Barnes (“About Time”), alongside Working Title Films‘ Eric Fellner and Tim Bevan. Studiocanal is fully financing.

New international short film festival, the Unified Filmmakers Festival, has launched a call for entries, asking filmmakers from around the globe to submit their short films on COVID-19. Submissions close March 31. The not-for-profit festival offers audience and jury prizes.

The best films in both categories will be presented and awarded and screened at Filmfest Munich. The films will be gathered together in an anthology which will tour worldwide. The festival will focus on other socially relevant topics of global importance in the years to come and aims to become an annual event in the festival circuit.