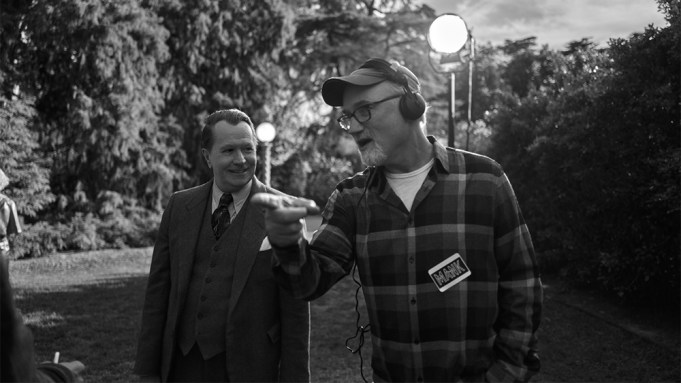 “Mank,” an ode to Hollywood’s golden age that was produced and released by Netflix, one of the companies reshaping the movie business, led the nominations for the 93th Academy Awards. The behind-the-scenes drama about the making of “Citizen Kane” scored 10 nominations on Monday, including nods for best picture, as well as for its stars Gary Oldman and Amanda Seyfried and its director David Fincher.

Six films earned six nominations — a group that includes “The Father,” “Judas and the Black Messiah,” “Minari,” “Nomadland,” “Sound of Metal” and “The Trial of the Chicago 7.” All of these films were nominated for best picture along with “Promising Young Woman,” a feminist revenge movie that scored five nominations.

Netflix, which has moved aggressively into the awards space in recent years, dominated the competition, picking up a leading 36 nominations. Its arsenal of awards hopefuls includes “Pieces of a Woman,” “Ma Rainey’s Black Bottom,” “The Trial of the Chicago 7” and “Crip Camp,” a documentary about disability rights that was backed by Higher Ground, a production company founded by former President Barack Obama and First Lady Michelle Obama. It’s the best showing yet for the streaming giant, which scored 24 nominations last year.

It was a historical list of nominees in other respects — for the first time two women, Emerald Fennell (“Promising Young Woman”) and Chloe Zhao (“Nomadland”), are up for best director. They become only the sixth and seventh women ever nominated for the prize. Zhao is the first woman of color to be nominated for directing. She is also the first woman to receive four nominations in a single year, while Fennell becomes only the third woman with three nominations in a single year, joining Sofia Coppola and Fran Walsh, who both accomplished that feat in 2003.

The 2021 contenders are the most diverse group of acting nominees in the Academy’s nearly 100-year history, with nine actors of color earning nods. That milestone comes after years of pressure on the Academy to diversify its membership. In 2015 and 2016, the Oscars selected all-white acting nominees, an omission that inspired the social media hashtag #OscarsSoWhite and pledges from the Academy to accept more women and people of color into its ranks.

Chadwick Boseman, who is widely expected to pick up the best actor statue for his work as a brilliant jazz musician in “Ma Rainey’s Black Bottom,” is the seventh performer to receive a posthumous nomination. The “Black Panther” star died in August at the age of 43 after suffering from colon cancer. Two performers, Heath Ledger (“The Dark Knight”) and Peter Finch (“Network”), have won posthumous acting Oscars.

The best actor race is between Boseman, Oldman, Anthony Hopkins (“The Father”), Riz Ahmed (“Sound of Metal”) and Steven Yeun (“Minari”), who became the first Asian American to be nominated in the category. In another milestone, Ahmed is the first Muslim actor to receive a nomination for best actor.

This year’s Oscar race will be unlike any of the previous ones, unfolding in the middle of a global pandemic. Movie theaters were shuttered for months due to coronavirus and have been slowly reopening. Campaigning, a fixture of past awards seasons, has moved in a digital direction with Zoom interviews and panels replacing lunches and cocktail parties. And streaming services such as Netflix, Hulu and Amazon have largely monopolized the early awards, filling the void left by major studios, who have postponed many of their high-profile releases or sold them off to streamers. “The Trial of the Chicago 7,” for instance, was originally supposed to be released in theaters by Paramount before COVID-19 scuttled those plans. Even some films from traditional studios such as Searchlight’s “Nomadland,” which is currently airing on Hulu, have a streaming component.

There were a number of snubs and surprises. Lakeith Stanfield nabbed a supporting actor nomination for his performance as an FBI informant in “Judas and the Black Messiah,” despite being largely ignored by other awards bodies like SAG and the Golden Globes — not that those groups are always a reliable predictor of future Oscars success. Jodie Foster, who recently scored a Globe for “The Mauritanian,” came up short in the best supporting actress race. At the same time, “The Trial of the Chicago 7” helmer Aaron Sorkin was shut out from the best director race and Regina King’s “One Night at Miami” failed to score best picture or director nods. Instead, Danish director Thomas Vinterberg was a surprise directing nominee for the comedy “Another Round.” He rounds out a list of filmmaking nominees that includes Zhao, Fennell, Fincher and Lee Isaac Chung, whose “Minari” drew heavily on his family’s experience working on a farm in Arkansas.

The 2021 edition of the Oscars has made a series of pandemic-related concessions. COVID-19 required the Academy of Motion Picture Arts and Sciences, the group behind the awards, to push back the ceremony from February to April. By this point in 2020, “Parasite” had already swept the Oscars and awards season was in the rear view mirror. The diminished theatrical exhibition landscape also means that this year’s crop of contenders may be more admired than seen. There’s no blockbuster like “Joker” or “Black Panther” to be found among the best picture contenders, something that could be a drag on ratings.

Many awards shows, such as the Emmys and Golden Globes, have largely unspooled virtually with only a limited in-person component. This year’s Oscar show will take place at L.A.’s Union Station and at the Dolby Theater, although it’s unclear if nominees will be expected to show up to accept their prizes in the flesh.

The 2021 Oscars will take place on April 25. Priyanka Chopra Jonas and Nick Jonas announced this year’s nominees, while the Academy used the occasion to promote its upcoming museum, which, after many delays and tens of millions of dollars in budget overruns, is scheduled to open its doors next fall.