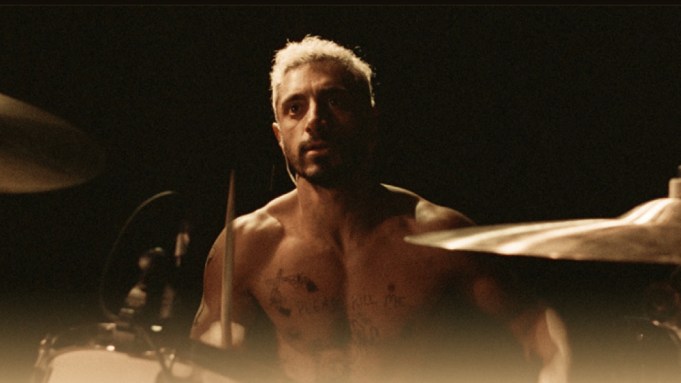 In this strange year of the global pandemic, the Independent Spirit Awards seemed to fall in line with what the upcoming Academy Awards are predicted to reward this Sunday, including showing love to frontrunners like “Nomadland” and “Promising Young Woman.”

Hosted by “Saturday Night Live” cast member Melissa Villaseñor, the virtual ceremony, with some winners producing pre-recording acceptance speeches, was as good as you could hope to see in the pandemic.

Chloé Zhao picked up three prizes in total, including best feature, director and editing, cementing herself as the darling of the season. The biggest surprise came in best male lead, where Riz Ahmed (“Sound of Metal”) upset Chadwick Boseman (“Ma Rainey’s Black Bottom”), adding another piece of evidence that the race for best actor at the Oscars is very tight between those two and Anthony Hopkins (“The Father”), who was not nominated here.

Carey Mulligan (“Promising Young Woman”) was able to add another trophy, picking up best female lead. Just one piece of a very competitive and mysterious puzzle, the race for the Oscars is so up in the air, and we still don’t know who will emerge victoriously.

Eliza Hittman’s “Never Rarely Sometimes Always” led the tally with seven, tying as the second-most-nominated film in Spirit Awards history with seven other features, the last being Steve McQueen’s “12 Years a Slave.” Gus Van Sant’s “Drugstore Cowboy” has the honor of the most-nominated film ever with eight noms. But now, Hittman’s film ties 1990’s “House Party” as the movie to be nominated for the most awards without actually winning any.

Take a look at the winners, with the category commentary, below.

The nominating committee may have loved “Never Rarely Sometimes Always,” but popular awards vehicles like “Ma Rainey’s Black Bottom,” “Minari” and “Nomadland” were obviously more appetizing for the members. Looking at past winners, like “Get Out” over “Call Me by Your Name” and “Moonlight” over “Manchester by the Sea,” they like to “say something” with their selections, and this was embracing the diversity and inclusivity of new voices this year. However, they also follow the awards season tea, even if there is a bolder, more inventive selections. Look at “Birdman” over “Boyhood” and “Spotlight” over “Carol.” Since “Nomadland” looks to be the Academy favorite, it’s safe to assume it’ll continue the winning streak. If there’s an upset, it might be Lee Isaac Chung’s family drama, beloved by audiences and critics (who have seen it).

My prediction was: Chloé Zhao, “Nomadland”

Locked, loaded and ready for the Oscars.

My prediction was: “Sound of Metal”

Darius Marder’s work was recognized once again after picking up the first-time director’s prize at the DGA awards. It’s a stretch to connect this award to the Oscars. Still, I believe the tight race between “Promising Young Woman” and “The Trial of the Chicago 7” in original screenplay may open itself up for a film to come up the middle, and “Sound of Metal” can totally be that film. Either way, we look forward to Marder’s next outing. It should be said, this category is just stacked with great films, and I can’t wait to factor “Nine Days” into next year’s Oscar conversation.

Carey Mulligan beat out an awe-inspiring field, and it’s still unsure where the best actress race will fall as her fellow competitors like Andra Day (“The United States vs. Billie Holiday”) and Vanessa Kirby (“Pieces of a Woman”) were not nominated here.

The shocker of the night: Riz Ahmed upset Chadwick Boseman for best male lead, likely proving my theory that the two may be splitting votes with each other when it comes to the Academy Awards, alongside probable spoiler, Anthony Hopkins (“The Father”). The race is so close, even if many aren’t “expecting it.”

My prediction was: Yuh-Jung Youn, “Minari”

Even with Youn’s co-star Yeri Han (who belonged in best female lead), she was able to pull out a win and fight off Talia Ryder, who had a lot of support this season. The momentum has been fully on her side, and this signals that she’ll be taking the Academy Award for best supporting actress on Sunday evening.

My prediction was: Paul Raci, “Sound of Metal”

It shouldn’t be shocking that the only Academy Award nominee was triumphant, as Paul Raci was also the precursor awards leader of the season. A strong lineup that has featured an Oscar snubbed performance in Glynn Turman, Raci is likely the only real shot anyone has to upset frontrunner Daniel Kaluuya (“Judas and the Black Messiah”) at the Oscars.

My prediction was: “Minari”

As a prognosticator, you take a big swing in a category, and I thought “Minari” might have slipped by the Oscar frontrunner for original screenplay. Still, the race is tight for the Academy, and even with BAFTA and WGA, there’s always room for a surprise.

My prediction was: “Palm Springs”

One of my favorite wins of the year, as “Palm Springs” should have been recognized by the Academy in multiple categories, most notably, original screenplay. Let’s hope we see Siara, along with his fellow nominees, get a second bat for Oscar’s graces soon.

Ready for the Academy Awards.

I’ve been wondering if this award could go to Zhao at the Oscars, but without “Sound of Metal” or “The Trial of the Chicago 7” nominated here, it’s hard to tell.

My prediction was: “Residue”

My prediction was: “Time”

Four of the five nominees here are at the Oscars, but the frontrunner, “My Octopus Teacher,” is not here. “Crip Camp” has the Obama support that could make it a sleeper in the category, but the critics’ leader “Time” or the double nominee “Collective” could have a better shot at spoiling the part (if there is one).

“Bacurau”
“The Disciple”
“Night of the Kings”
“Preparations to be Together for an Unknown Period of Time”
“Quo Vadis, Aida?” – WINNER

My prediction was: “Quo Vadis, Aida?”

The upset to “Another Round” is “Quo Vadis, Aida,” and this pick-up proves it.