Final Oscar Voting Begins, Can Chloé Zhao Tie Walt Disney With Most Wins in One Night?

Chloe Zhao could tie Walt Disney for most Oscars won in a single night. 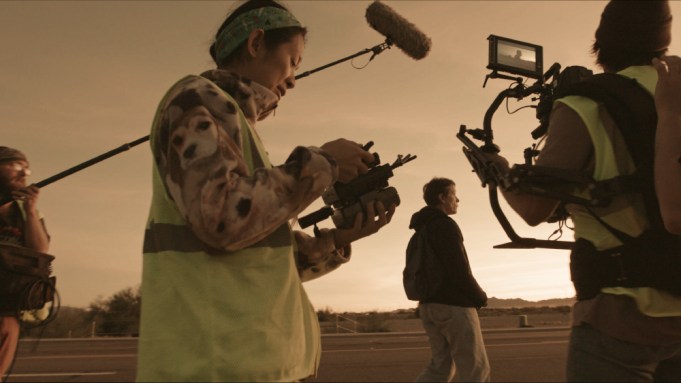 The longest awards season in modern history is finally coming to a close with the opening of Oscar voting for the Academy’s roughly 10,000 members.

The feeling among industry professionals and awards strategists is that many in the Academy at large decided to bow out of the first round of nomination voting. With a smaller pool of candidates to consider — and more time to watch movies — they might feel more compelled to engage in their civic duty to vote.

David Fincher’s “Mank” leads with 10 nominations but looks in play for one to three prizes: production design, score and supporting actress for Amanda Seyfried. For Netflix, all its chips are on Aaron Sorkin’s “The Trial of the Chicago 7” — the streaming giant is looking to land its first best picture winner by duplicating the success of “Driving Miss Daisy” (1989), “Argo” (2012) and “Green Book” (2018), all of which won the top prize without a directing nomination. After netting a major win for cast ensemble at the SAG Awards, “Chicago 7” hopes to go the way of “Spotlight” (2015), which won two Oscars — picture and original screenplay.

Interestingly, the streamer’s biggest winner of the night could be “Ma Rainey’s Black Bottom,” which was not nominated for picture, director or adapted screenplay. Garnering five nods, the adaptation of August Wilson’s play looks in prime position for best actor (Chadwick Boseman), costume design and makeup and hairstyling. After Viola Davis’ SAG win, she could become just the second Black woman (after Halle Berry) to win the lead actress Oscar.

Chloé Zhao’s “Nomadland” has been the front-runner since it debuted at the Venice Film Festival in early September and has mostly retained its spot as the best film of the year among critics and awards voters. After wins at the Golden Globes, the DGA and the PGA, the Searchlight Pictures drama has received the most prizes of any movie in modern history. The film has six nominations, and Zhao could tie Walt Disney as the most awarded person in a single ceremony if she sweeps her categories of picture, directing, adapted screenplay and editing. Only one woman has won three — Fran Walsh for picture, adapted screenplay and original song for “The Lord of the Rings: The Return of the King.” It’s worth pointing out that “Nomadland” could win all six of the Oscars for which it’s vying. Frances McDormand is in the midst of a wide-open best actress race, and the cinematography prize looks to be locked up for DP Joshua James Richards.

Lee Isaac Chung’s “Minari” and Emerald Fennell’s “Promising Young Woman” have remained very much in the conversation the past few months. But a win in the top category for either film would be unprecedented. In the past 27 years, there has never been a picture winner that failed to score the top prize from any major guild or televised award — including BAFTA, Critics Choice, the DGA, the Globes, the PGA and SAG. Even Oscar upsets such as “Shakespeare in Love” (Globe and SAG winner), “Crash” (SAG), “Moonlight” (Globe), “Green Book” (Globe) and “Parasite” (SAG) had early victories somewhere.

May the best film win.