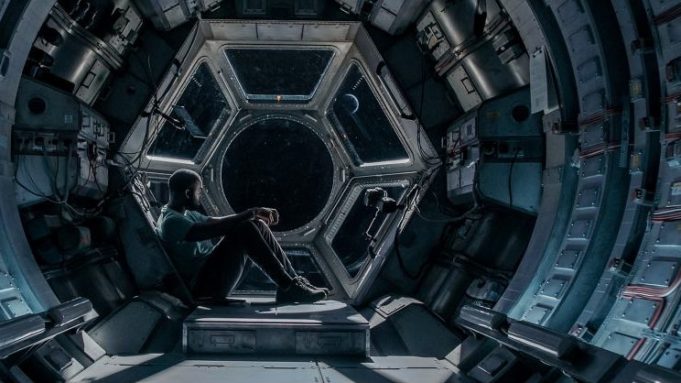 Much of the action in science-fiction thriller “Stowaway” takes place inside an overcrowded spaceship. The challenge for production designer Marco Bittner Rosser: making the set seem as small as possible yet functional for the shooting crew.

The film, which debuted April 22 on Netflix, stars Anna Kendrick, Toni Collette and Daniel Dae Kim as astronauts on a mission to Mars. Shamier Anderson plays the fourth astronaut — a surprise addition who compromises the mission with his presence.

Screenwriter-director Joe Penna immersed himself in space design research, and chose the International Space Station for his model. The idea of artificial gravity became the basis for the space shuttle’s rotating design.

Rosser’s earliest conversations with Penna were technical. “How do elements that are in the script have to work functionally inside the ship, then relate to the [spinning] exterior?” he asked. “How do they get from A to B? What are the connections between the modules?”

From sleeping quarters to the cockpit to the other wings, Rosser built a modular set that considered the spatial restrictions. Each module was 26 feet to 32 feet long and wide enough for the cast to stretch out their arms. For filming purposes, he added removable walls every four feet.

Rosser says the craft’s window strongly references the cupola on the Space Station — that ship’s observation window. “It gives maximum exposure to the outside,” he explains. For the cockpit, the designer homed in on Penna’s desire to keep everything believable. He labeled every cable to lend the visuals authenticity.

Rosser, who served as set designer on “Alien vs. Predator,” says “Stowaway” has been his most fun project. In his earliest conceptualizations of the ship, he built a set out of plywood and cut holes in it. “We were putting rubbish bins on our heads with backpacks to imitate the costumes,” he says, “and we crawled through the space.”