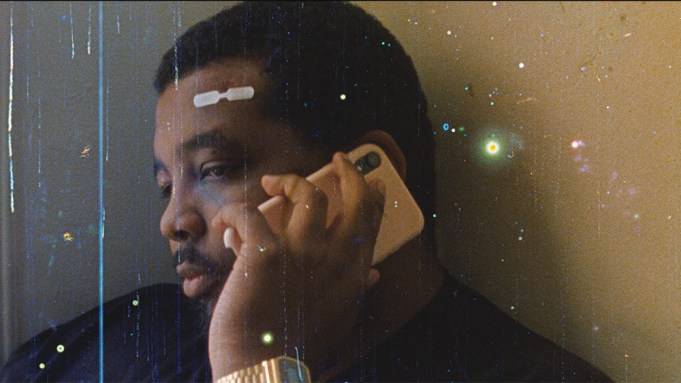 Earlier this year, South London musician DWY (pronounced “Dewey”) released a concept album called “8-Bit Memories.” The tracks varied from “Black Boy,” an observation of society, to “Summers Over,” a song about growing up.

Now the singer-songwriter has a short film, titled after the album, which producer RadicalMedia is planning to take on the festival circuit. The script was born out of his desire to make something different from a music video and to connect to the album’s idea of a time remembered more than experienced. His creative partner Jesse Rose suggested a movie. “I was a ‘Pokémon’ fan, and the graphics were awful,” DWY says, “but there’s this nostalgic 8-bit connection to it that’s fuzzy, and that was the crux of the title.”

Cinematographer Peter Soto and director Quran Squire sat with the musician and decided the 15-minute film should have a gritty fantastical feel with magical realism added to reflect the idea of a bygone era. “Sixteen-millimeter film was the way to capture that,” Squire says. The story follows a young man trying to make something of himself in a relentless world. One night his girlfriend Mia, played by Cadienne Obeng, decides they might not be made for each other after all.

The nostalgia theme is presented in a fantastical series of flashbacks. Soto was struck by the idea of texture and color: blues, greens and magentas, which he and Squire tapped into to suggest mood. “When he’s going through harder times, especially in the present, we stuck with blue because the world is cold,” Squire says. “And when he’s in his memories, it’s warm and we use green more.”

In the opening sequence, DWY, who also stars in the film, is taking his clothes to a laundromat at night. It was set up to show him metaphorically carrying the weight of the world on his shoulders. The scene was also symbolic of someone trying to wash away a part of his life. Soto drove around scouting locations, taking photos with his iPhone and using filters to see how they translated. Eventually he found a place in Glendale that matched the grit and texture they were looking for.

Another sequence in the film sees DWY and his girlfriend get pulled over by police. With a limited number of streets available, Soto wanted to keep the location vague. So he shot the scene with a shallow depth of field that kept the focus on the characters. “It was about light, and that was a simple setup,” the DP explains. “A few lights clipped to the top of the vehicle.”

Adds Squire: “That scene was important to get right, and Pete knew how to keep everything in the background mysterious. You really feel like you’re hanging out with these characters, and when they get pulled over, you feel it too.”