Continue to Variety SKIP AD
You will be redirected back to your article in seconds
Dec 21, 2021 9:30am PT 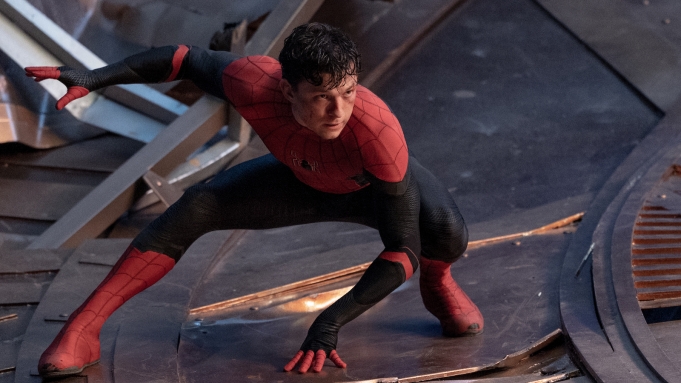 Despite the lack of common ground between superheroes and supervillains, they can agree on one thing: the importance of elaborate costumes. In “Spider-Man: No Way Home,” Tom Holland’s Peter Parker finds himself going up against threats from multiple “Spider-Man” movie universes. The foes’ upgraded costumes, which pay homage to their comic-book origins, reflect their real identities as well.

For this third Marvel Cinematic Universe-focused “Spider-Man” film, Peter still has the red-and-black suit he designed in “Spider-Man: Far From Home” as well as the Iron Spider armor Tony Stark gifted him. However, “No Way Home” also introduces a few new suits.

Costume designer Sanja Milković Hays has dealt with superheroes before, having worked on “Captain Marvel.”  When designing for the newest MCU entry, she said the team “looked at everything from the previous Jon Watts movies.”

Given how essential Spider-Man’s different suits are to the story, Hays notes, “All design work is done in coordination with Marvel’s visual department, who are heavily involved with the details. I then have to bring it to life, which is a huge process, as there is nothing simple about them.”

A new suit combines elements of Peter’s other costumes and the black-and-gold suit (which is actually the red-and-black suit flipped inside out).

“This required a special raised printing on the fabric to create the web effect,” Hays explains. “We also had to determine how much gold would be featured against the black material, and how the lighting would affect it.”

Then it came time to design for the baddies. Willem Dafoe’s Green Goblin “needed to respect the originals, but also bring them up to the aesthetics of what the new generation expects from us. So it is upgraded and the technology for the way it was made is very different,” Hays said.

Hays also notes the conscious effort to make sure the costume reflected the comics by incorporating not only green, but purple as well. Of course, for Dafoe, other critical factors were the suit’s functionality and comfort.

Reviving Alfred Molina’s Doc Ock meant keeping in mind director Sam Raimi’s timeless look for “Spider-Man 2,” but scaling back the old-school feel. As Hays explains, “The original coat was sort of greenish and brownish. We went greener with his trench coat and made it tighter, more form-fitting. The idea was to give him more of the villain look of today.”

Additionally, Doc Ock’s arms are now entirely CG instead of a combination of puppeteering and CGI. “It’s essential to make it as much as possible for actors not to have to think about the costumes,” Hays states. “As there is so much else for them to do.”

The most radically redesigned supervillain was Jamie Foxx’s Electro. In Marc Webb’s “Amazing Spider-Man 2,” the movie took a highly stylized approach to the character. Hays wanted Electro to fit into the MCU world, and be up-to-date.

“We were playing with ideas with a few artists, and then there was finally a concept,” she said. “We developed that many times over until we finally put in on Jamie and realized that it looked cool because, well, Jamie can pull off cool very easily.”

While Peter has his work cut out, he receives help from Benedict Cumberbatch’s Doctor Strange. The Sorcerer Supreme has donned elaborate wizard wear in the past, but “No Way Home” finds him in cozier clothes. Commenting on the sweatsuit version of his wardrobe, Hays explains that it was “a bit tongue in cheek for the character.”

Beyond just the idea director Jon Watts had for giving the impression of Doctor Strange feeling comfortable at home, Hays dug deeper. “Finding the right sweatshirt, I did a lot of research about where he could have gone to school to receive his doctorate. I figured he’s a New Yorker, so probably Columbia since the school had one of the first neurology programs. It’s having all these little details that maybe no one notices except Jon, Benedict and me, but it was nice to get the little things right.”