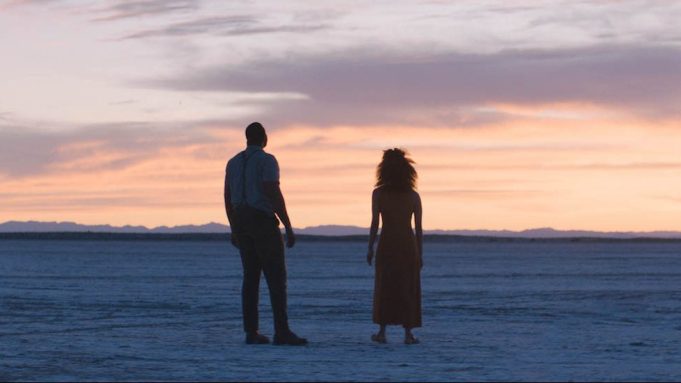 In “Nine Days,” out this Friday in theaters, Winston Duke plays Will, a man who spends his lonely days and nights monitoring the lives of humans on a wall of vintage TV sets inside his home.

Living in a remote desert, Will watches the lives of souls he has chosen to live on Earth, and when one dies, he has to find a new candidate to fill that vacancy.

It was up to Smith along with Brandon Proctor, re-recording mixer, to capture the sound of the environments for Oda. Sound varied from washing dishes to someone riding a bike to someone cooking dinner and listening to music – everyday sounds.

Smith says, “It was about collecting sounds that were multicultural because this wasn’t just the world of characters living in the United States, there were people that represented Central and South America.”

Aside from collecting sounds to add depth to the film, they also recorded live group actors and voice actors who spoke English, Spanish and Portuguese.

What audiences see through the TV screens and hear was designed to reflect the personalities. “It was represented through the visuals,” says Oda.

Proctor adds the wealth of sounds served as almost as a secondary score to the film. “You’re scoring the mood, the personalities and you’re scoring based on the time of day and what is going inside that TV frame.”

Helping make it all possible was the use of Dolby. “Nine Days” received the Dolby Institute Fellowship, a post-production grant which supported the filmmakers in enhancing the sound design and completing the film in Dolby Vision and Dolby Atmos.

“The world Edson builds for ‘Nine Days’ is so intriguing,” said Dolby Institute Director Glenn Kiser. “We knew giving him and the talented artists at Skywalker Sound access to this technology would greatly enhance their ability to take the audience on this emotional journey. The way they use Dolby Atmos, particularly during the last wish sequences, is truly spectacular.”