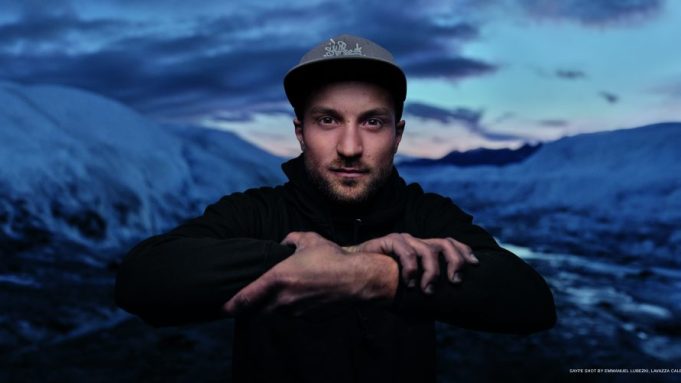 Oscar-winning cinematographer Emmanuel Lubezki has partnered with Lavazza to shoot their 2022 “I Can Change the World” calendar.

The company has been presenting a video and photo project each year since 1993 with photographers such as Helmut Newton, Annie Leibovitz and David LaChappelle tasked to shoot the calendar. This year, the legendary DP nicknamed “Chivo” was called on to shoot the photos and videos in its message, a call to action for positive change. Interpreted through photography and music, it is a call aimed at everyone and told through the stories of six activists who, through art, strive to change the world every day.

Francesca Lavazza, who sits on the board of directors says, “Ever since it was founded, Lavazza has encouraged innovation and creativity in all its forms. Indeed, The Calendar – from its debut with Helmut Newton in 1993 – has always been an important moment for Lavazza, an antenna with the capability and sensitivity to intercept the most pressing issues around us and transform them through photography into a shared moment. Economic, social and environmental sustainability. These are the pillars of our way of doing business, and also the messages that we transform through photography into a universal language.” She adds, “We asked Emmanuel Lubezki, Chivo as he is known by everyone, to work with us. With his sensitivity, Chivo brought a different, wider perspective to the project.”

This is a story of inner journeys and a look into their state of mind and emotions, all of which Lubezki was able to provide with his framework.”

Below, he spoke with Variety about the project.

How did this collaboration to shoot the Lavazza calendar begin?

I’m not known as a still photographer, so I had my doubts. When they called and said they wanted me to shoot the calendar, I asked my rep Ann [Murphy] if they wanted me and what exactly they wanted me to do… I was humbled and honored to do it. All these photographers such as Helmut Newton had shot their calendars before me, so I was a bit nervous. But I realized it wasn’t a competition and that I needed to find my own voice and conceptual framework and that was the fun part.

In terms of the message of the calendar to show people in their natural work and environment, what ideas did you discuss with Lavazza about what you wanted to do?

The calendar for me, had three layers that I wanted to explore. The subject matter, the artist and the environment. I wanted to show fragile landscapes. They looked beautiful and strong, but they are so fragile. All of these landscapes have been tremendously affected by global warming or exploitation of the resources. As beautiful as they look they are in peril.

I also wanted to explore the light. That idea came from the agency because they saw how I related to it. It became about showing each character in their own landscapes at different times of the day.

From an external point of view, the ideas for the calendar came from within and in a way, each image is who they are.

Can you talk about finding the glaciers and shooting that image?

I found this lake in the summer and the glaciers were melting. Usually, they last a few months. In this image, there was this giant glacier with this intense blue color from the melting of the ice and the reflection of the sky. The night before, we were going to take a helicopter and the pilot called to say it had disappeared. So, we ended up finding another one, but what that shows again is the fragility of it all.

I could have shown photos of mines or trash, but I wanted to keep coming back to the beauty of the landscapes but the peril they’re in.

Is there an image that stands out for you in particular?

There’s an image of Christina in the dock that is collapsing in the Yucatan Peninsula. I was going to shoot and a boat came by. It attracted all these birds, they were three times the size of seagulls and started flying around her. It was very magical and moving. But every time we shot, there were so many moments like that.

So, now that you’ve done still photography, if you got the right project, would you want to do more?

What would you say is the objective of the calendar?

It’s about the changes throughout the year. It’s about amplifying the voice of these activists. The Activist team is working hard to make the world better and to even save the world. It was a life-changing experience.