‘Cruella’ Editor on Her Next Project, the ‘Surprisingly Emotional’ ‘Pam and Tommy’ Series 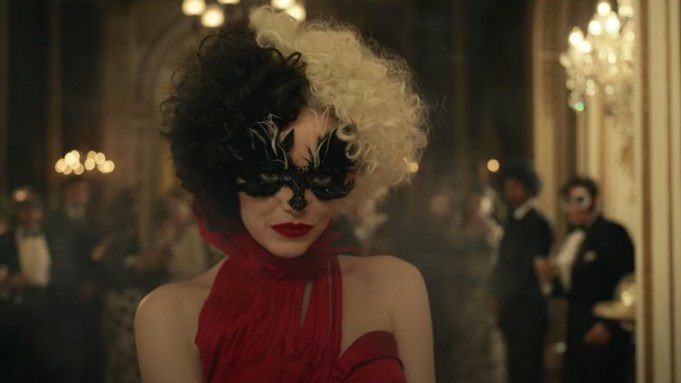 The only thing editor Tatiana S. Riegel will spill on Hulu’s limited series “Pam and Tommy” is the tease, “It’s going to be good. It’s outrageous. There’s Disney,” she says referring to her latest project “Cruella” (in theaters and streaming on Disney Plus Premier Access). “Then there’s ‘Pam and Tommy,’ It’s a big difference,” she laughs.

The series is a take on the true story behind the release of the first-ever viral video in history — the sex tape of Pamela Anderson and Tommy Lee, who are played by Sebastian Stan and Lily James. She adds, “It’s a surprisingly emotional thing. You end up having a lot of compassion and insight into people that you certainly don’t at the beginning of it.”

On both “Pam and Tommy” and “Cruella,” Riegel reunited with director Craig Gillespie – the two have collaborated on numerous projects including “I, Tonya.”

She calls her relationship with Gillespie a true collaboration where few words are necessary after all this time. “I knew he would have a fabulous take on it that is grounded in the Disney story, but a real reach and a stretch that people will find fascinating,” she says. The origin story behind Cruella de Vil stars  Emma Thompson as the Baroness von Hellman and Emma Stone as Estella, a young, quick-witted, fashion-obsessed orphan in 1970s London who eventually becomes Cruella.

The biggest scene to edit, as well as the most challenging, says Riegel was Estella’s entrance into the black and white ball hosted by the Baron. It’s the first time Cruella reveals herself on the fashion and social scene.

“That sequence was long and I kept getting dailies for it and I’d get more and more material for it. I was struggling with myself wondering why it was taking so long to put together. And when I finally had it together the whole thing was pushing 20 minutes,” she says.

Not only was the scene a reveal, simultaneously there is action happening as Cruella’s henchmen Joel Fry and Paul Walter Hauser are attempting to pull off a heist.

The story had to move forward, and Riegel had to heighten tension and suspense. “The Baroness and Cruella have this first meeting and discussion, and you have to bring in the element of does she (the Baroness) recognize her or not?” She adds, “You continue to compress and compress and move things around, and you lose a couple of funny bits. But you have the serious storytelling and emotional different points that you have to hit along the way.”

As Cruella arrives at the ball, Tina Turner cover of Led Zeppelin’s “Whole Lotta Love” plays for a moment. Mark Strong, who stars as John, the Baroness’ valet, who suggested the tune. “Mark went up to Craig during dailies and said, ‘I think that you’d really like this at some point in the film.’ And that’s where I put it,” Riegel says, as Cruella makes a show-stopping entrance.

Riegel explains she loved the sparring between the two. “It’s the first time the Baroness really appreciates somebody on an equal level to spar with. It was great fun to cut.”

The sequence also features an element of Nicholas Britell’s score. Adding music, she says, is another challenge because it’s not scripted anywhere. “We try hundreds of songs, and you would think it’s easier to find them, but it’s not. You listen to the lyrics or it changes rhythm or speed or is becomes comical in some way when you don’t want it to be.”

She explains the soundtrack choice, which features songs from the ‘40s, ‘50s’, ‘60s and ’70s, including Supertramp’s “Bloody Well Right,” Helen Reddy’s “I Am Woman” and “Time of the Season” by the Zombies, was all about adding “a great variety that you could use for emotional purposes.”

Her favorite sequence to cut was a moment when the sparring ladies lunch and the audience sees the champagne cork popping and their eye movements. “It’s this back and forth. They’re so strong, and they did so many different things in their material, and all Estella wants is the Baroness to like Cruella and get approval. You see her struggling at certain moments,” explains Riegel.

Gillespie’s projects, whether “Cruella” “I, Tonya,” and “Pam and Tommy” are “all grounded in a reality that is based in emotion and connecting with these characters and really caring about them,” Riegel says. “That ultimately is the thing that he does so well, is that you care about the characters who may not be the best people.” She adds, “At the very least, you understand them better than you did at the beginning of the film.”