Continue to Variety SKIP AD
You will be redirected back to your article in seconds
Dec 13, 2021 5:32pm PT 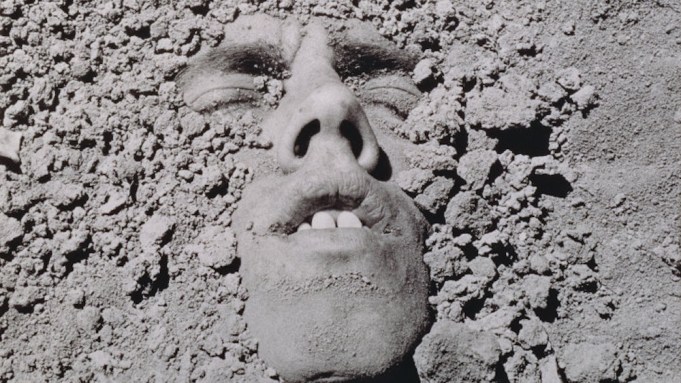 ourtesy of the David Wojnarowicz Estate and P.P.O.W

Documentary filmmaker Chris McKim was looking for something that would make him feel good six months into the Trump Administration and he wanted to make a difference. While he was aware of downtown New York City queer artist and activist David Wojnarowicz, it wasn’t until he started diving into the artist’s work that McKim realized there was an urgent story to be told.

McKim found a treasure trove of Wojnarowicz’s audio journals, which were edited alongside commentary from his contemporaries, for the World of Wonder film vying for documentary feature consideration this awards season.

Wojnarowicz’s installations and performance art drew attention to the AIDS epidemic when it was at its height. “There was this life story on top of his essays, and so much of his essays, dealing with AIDS spoke to what we were dealing with and managing at the time,” McKim says. Wojnarowicz was particularly vocal about how the government was failing to control the epidemic. McKim reached out to the artist’s estate explaining that he wanted to make a documentary. As it turned out, producers and filmmakers Randy Barbato and Fenton Bailey, who were part of the New York, East Village scene knew about the footage. “I think that helped make everyone feel at ease,” McKim says.

His storytelling style was inspired by “I’m Not Your Negro,” which McKim says did a great job of using James Baldwin’s actual voice.

In total, there were close to 200 tapes of Wojnarowicz that included audio journals, answering machine tapes, band rehearsals and street sounds. It was then that McKim realized that was how he could bring Wojnarowicz to life.

McKim called on editor Dave Stanke (the two had previously worked together on “Out of Iraq”) to weave together this material. Stanke says his greatest discovery came through the answering machine tapes. “They really brought a story to life in a way that I found surprising. Nowadays, we just text that kind of information each other but you learn so much about who David’s friends were and the emotions behind what they’re going through.”

A gem came in the form of photographer Peter Hujar, who was also Wojnarowicz’s mentor, and someone with who he formed a creative partnership. Stanke says, “There was Peter, and David’s sister Pat, who exist in the first person, speaking for themselves in the film through the answer machine tapes.” Those snippets helped the narrative provide further insight, but also helped to move the narrative along. Stanke gave audiences a glimpse of the arts coming into Wojnarowicz’s life and a sense of his popularity as he goes from avant-garde to receiving attention for a show at the Whitney Museum of American Art.

Says McKim, “It felt like we were collaborating with David because of the writing, and the way he was telling his story through these elements.”

One key moment comes towards the end of the film, when Hujar has succumbed to AIDS, and Wojnarowicz is aware of this diagnosis, and he’s coming to terms with it. The diagnosis is fueling his art, and it’s something he realizes. “It’s giving him purpose,” Stanke explains. “There are images of Peter and his writing, and it’s all coming together. There are powerful words about his rage boiling over about the situation and the general public doesn’t seem to care, but it also humanizes him.”

Stanke intercut this moment with his sister Pat calling and leaving another message to check in on him. He says, “We were showing that juxtaposition where he’s rightly so really angry. But he’s also scared in a lot of ways and he has kind of talked to her about it, and will she accept him or not for that?”