David France’s “Welcome to Chechnya” could very well make Oscar history as the first documentary to be nominated for Best Visual Effects.

The documentary details the brutality the LGBTQ community faces in Chechnya at the hands of the government. France goes inside the shocking and horrific genocide that Chechnyan leader Ramzan Kadyrov is unleashing on people who live in danger because of their sexual orientation.

Grisha is one of the many brave subjects who go on the record to talk to France about being tortured and beaten at the hands of this regime. But his identity is protected, so that is where Ryan Laney stepped in as visual effects supervisor, using digital face replacement technology.

France reached out after reading an article in The New Yorker about a safe house network in Chechnya and was compelled to tell the story. He contacted the people at the safe house over an encrypted network and was told “It can’t be done.” If any faces appeared in the film, France says, “The government would put such vicious pressure on their families to lure them into giving away locations,” putting lives at risk.

France had many discussions about disguising techniques, but his idea was to film first and work on the challenge of disguising faces later.

With that, he got the sign-off he needed, and he made an entire movie, locking picture first before Laney stepped in to do the work. Frances had tried different techniques such as blurring, pixellating and even trying a rotoscope filter to blur faces, but the result was not successful; no method was foolproof.

Laney says the first idea came from a paper by the University of Glasgow in 2013 where photo composites were taken and altered with no original pixels underneath.

“We realized from this grid of people face’s the thing that makes us different are very subtle, that we’re all in our human form, pretty similar to each other. If we could find what that small thing was, maybe we could change identities without having to change a lot of pixels.”

Laney used a technique called veiling where certain aspects of a person’s face were altered to make the person underneath appear different. All expressions and emotions still came through, but everything else was hidden through a “volunteer face.”

Laney shot in every possible scenario; exterior and interior using nine cameras to make sure there was enough coverage.

The process of veiling the subjects took Laney 11 months, and France says they were working on the visual effects process until the last minute before the film premiered at Sundance.

Additionally, France brought the altered videos back to the subjects to approve the scenes. “They would discover something like a necklace was on someone, so we brought that back to VFX to get removed.”

Every frame was scrutinized to insure nothing that could put a subject at risk was removed. “We knew it was going to be studied on a forensic level,” France admits.

Laney shares a behind-the-scenes look at the veiling process of hiding identities. 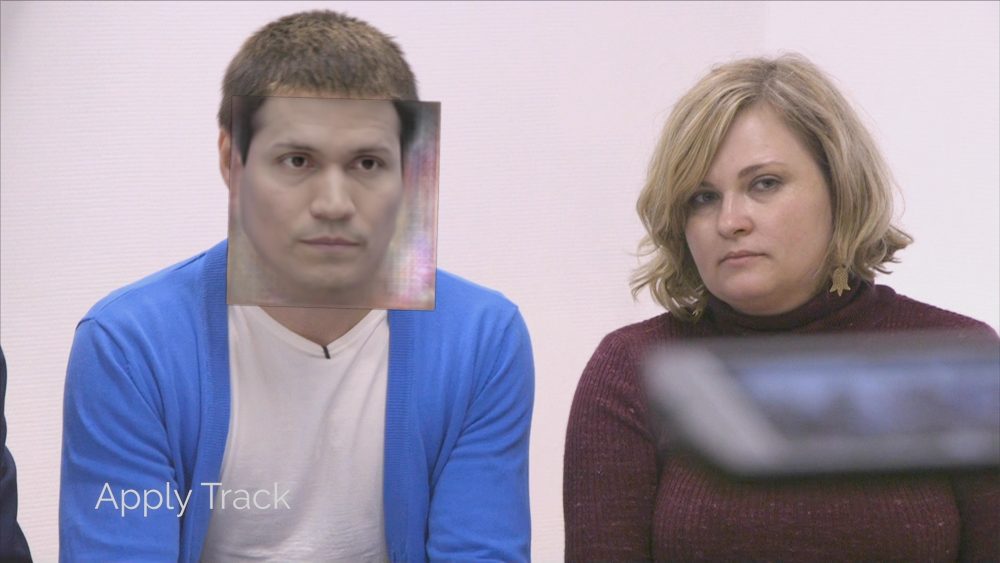 VFX Behind The Scenes – Welcome To Chechnya from Teus Media on Vimeo.