Wheeler, who is on the Academy shortlist for makeup and hairstyling, was tasked with re-creating four icons for the film: Cassius Clay, played by Eli Goree; Jim Brown (Aldis Hodge); Malcolm X, played by Kingsley Ben-Adir and Sam Cooke, played by Leslie Odom Jr.

Wheeler and his team had four actors with different preferences about makeup and hair.

Neither Ben-Adir and Goree wanted prosthetics, while Hodge and Odom Jr. did. The key was not to betray audience’s expectations about what these men looked like.

Below, Wheeler shares images on how he recreated the looks.

Hodge wore nostril prosthetics on his nose and dental plumpers in his cheeks to fill out his lean face. We added highlights around his temples, jaw, forehead, bridge of his nose, under his eyebrows for heavier looking lids. There was black crepe wool in his eyebrows to thicken/darken them, further shaped and diffused with brushwork. Hairline reshaped by Jolla to match Brown’s. 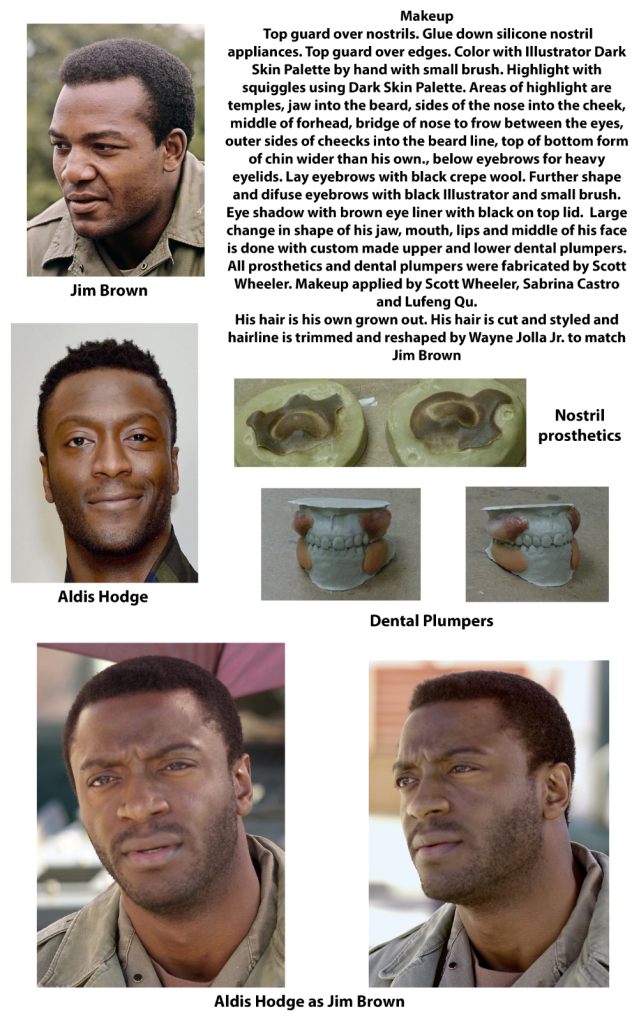 We used a silicon nose prosthetic, colored by hand. Eyebrows colored with cake mascara to match Cooke’s. Airbrush to the chin and jaw, shading underneath. Lips reshaped with a brown lip pencil. Afro wig fitted and applied to the back of Odom’s hair, blended into his hair (imperceptibly!) by Yancey.

Eyebrows shaped with Prosaide. Airbrush to highlight cheeks, chin, center of the nose and forehead. Nose and jaw shaded. Concealer under the eyes. Small hairpiece by Yancey integrated into his natural hair.