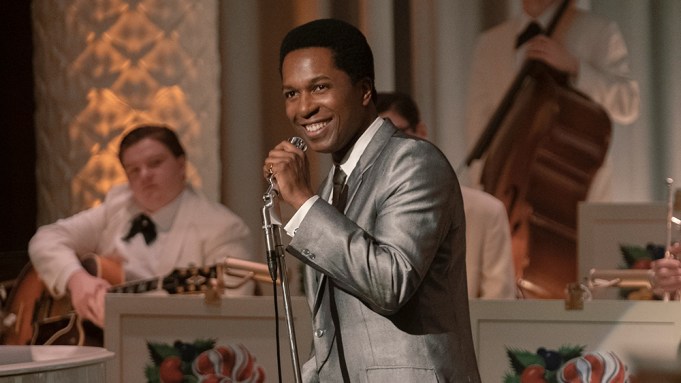 This past weekend, singer, songwriter and actor Leslie Odom Jr. performed “Speak Now” at the BAFTA Awards as part of its opening night ceremony. The evening was hosted by radio and TV presenter Clara Amfo in a virtual ceremony.

Speaking at the Variety Artisans Awards last week, the double Oscar nominee said he and fellow songwriter Sam Ashworth had two weeks to come up with an end song for Regina King’s directorial debut, “One Night in Miami.”

Of the Academy Award-nominated song, Odom Jr. said, “She (Regina King) showed us an early cut of her beautiful film and we went to work. We only had two weeks. If you use your time well, a week is plenty of time; there are a lot of hours in a week. We just kept coming back to it and making it better every time we came back — doing our best, anyway, trying to be artisans, you know.”

In the film, it follows Odom Jr.’s heartwarming rendition of Cooke’s classic “A Change is Gonna Come.”

Music supervisor Randall Poster, who worked on the film, says, “‘Speak Now’ is such a compelling song that fits the movie. It’s a period piece and you have this original song, but I feel they captured the spirit and emotion of the movie. It doesn’t feel contrived. It feels organic to the movie.”