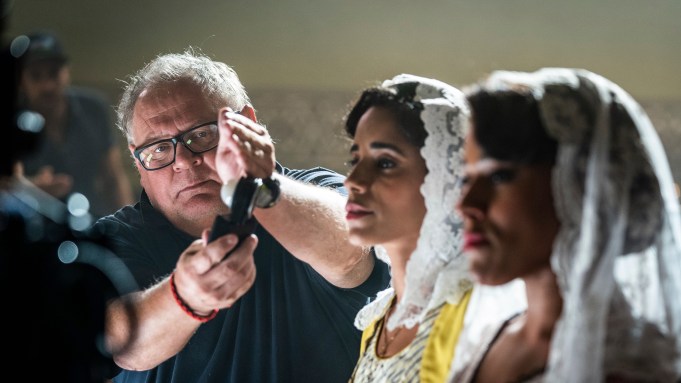 “He’s got tremendous visual flair,” Kamiński tells Variety. “He’s very good with blocking scenes. There’s a great operator, Mitch Dubin, who has been also been in the mix for over 17 films. I’ll focus on lighting and the visual storytelling with some participation in the camera composition. Mitch does what he does, and it’s this great shorthand.”

With the film shooting on the streets of New York, Kamiński had to ensure the lighting during the major dance numbers such as “America” was consistent. “If you’re shooting from 12 p.m. to 5 p.m. — during the day in Summer — the lighting was warm and it was top lit,” he says. “So, we had to supplement the natural light with movie lights to overpower this August sunshine, so we could create the lyricism of this story.”

Kamiński zoned in on how he would light the film’s cast. With Rachel Zegler’s Maria, he needed to create a sense of romance and poetry. “On a few occasions, we were very theatrical. I used flares to accentuate the romance, but other times I used it to create a certain visual disturbance so that our audience is not just looking at beautifully staged fights — they also get the visual element that makes them feel uncomfortable,” Kamiński says.

During the confrontational fight towards the end of the movie, production designer Adam Stockhausen found a sanitation department salt shed with high windows, situated near the highway off-ramp. Using it as inspiration, Kamiński built an elaborate lighting rig involving klieg lights mounted on super-size cranes for the scene. The idea was to have a mix of headlights and brake lights shining through at intervals. Audiences never actually see vehicles; they only see the lights.

Says Kamiński, “The idea was, ‘What if the location was just below the overpass, and the cars illuminated the windows as the fight happens?’ And as the fight intensifies, we speed up the lights coming from outside to the point where it becomes this wild visual element of moving lights.” He continues, “There are flares and shadows and it’s this violent fight. Steven [Spielberg] wanted to create that sense of emotional disturbance, not just through the actors and music.”

“The shadows were interesting because shadows are usually dangerous,” Kamiński adds. “They create drama. Flares create drama, colors create drama, and all those elements were used to supplement the drama of the scene.”