To re-create iconic looks for Aretha Franklin biopic “Respect,” which opens in theaters Aug. 13, Tony award-winning costume designer Clint Ramos immersed himself in books about the Queen of Soul. There were very few photos of Franklin in her early years, but he read how singing in church shaped her life.

Unlike Diane Ross or Gladys Knight, who were “always polished,” with Franklin, “something was a little off, and that allowed her personality to peek through,” says Ramos. He worked with star Jennifer Hudson and concept artists to help with his designs — including her outfit for a dress rehearsal of “Amazing Grace” at a Los Angeles church for a 1972 performance — always keeping in mind, “How did she use clothing as armor or as a distraction from her trauma?”

Below, Ramos breaks down the ideas behind some of his re-creations. 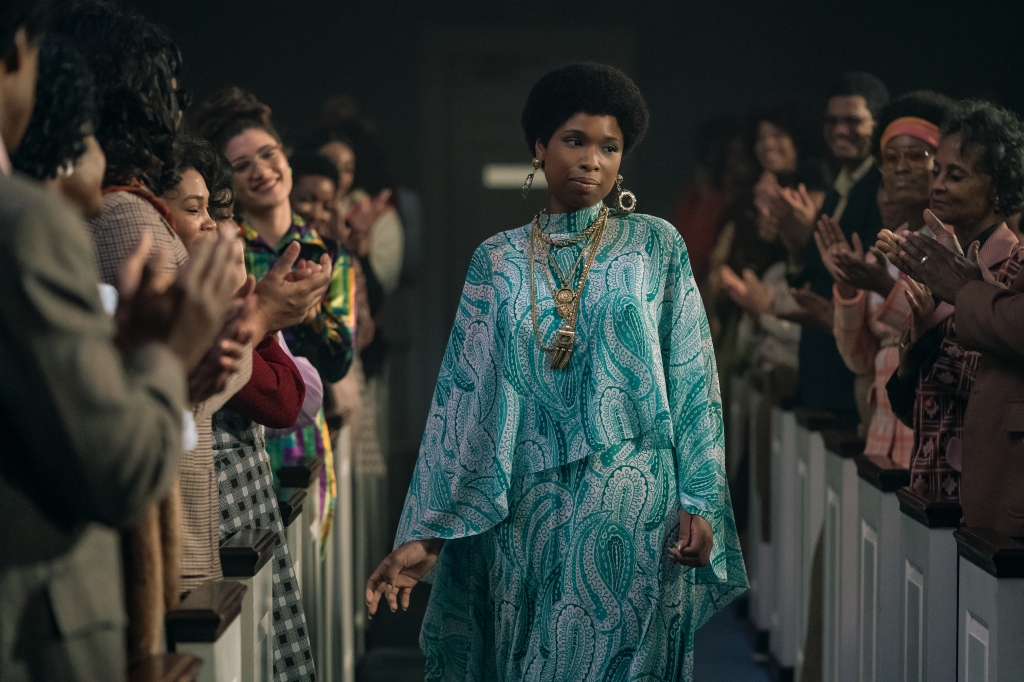 “Through all of my research, I couldn’t find who had built this dress, but it was a huge turning point in her life — a touchstone in terms of not only spirituality, but it landed her in the realm of the divine. There was the pressure of, how do I reinterpret this dress? How do I make it Jennifer and make it Jennifer embodying Aretha?

“It was custom-printed silk Georgette (a thicker and heavier semi-sheer fabric) with my own paisley design. There’s a dress underneath with sleeves, and we attached a cape. We looked at the scale in terms of the cape and her Afro. What a lot of people don’t know is that Jennifer is tall, and Aretha isn’t.  I didn’t want the dress to swallow her up. I adjusted the color so it played with Jennifer’s skin tone.

“This is the one I felt such pressure with because it’s the most iconic. The documentary ‘Amazing Grace’ had been released [about the making of Franklin’s best-selling 1972 album] — I watched it like a hawk because I also wanted to pay homage to what the audience was wearing.”

“She wore something similar when she did a duet with Tom Jones in the ’70s. This was when people were experimenting with futurism, so this was her Afro-futuristic outfit, and he was wearing this “Star Trek”-type outfit. This outfit had a headdress. I reinterpreted it with a more ornate Egyptian pattern. When she wore it on TV, she had this black brocade fabric with the crisscrossing of gold strings.

“This was a wackadoo moment in the film. There is nothing more exciting to me than the contrast of something being couture and pretty while the person is behaving ugly. [She comes on stage drunk.] That contrast to me is great because it’s so theatrical.

“All of her outfits were built by Eric Winterling in New York, and so this outfit was hand-beaded by him.”

“This is one of the moments when you can appreciate that couture is [touched] by very little technology. Everything is done by hand. You see the labor and craftsmanship.

“We call this the ‘Amsterdam dress,’ and it’s my version of one of her favorite dresses. I believe it’s off the rack because it’s a gold metallic dress, and a vintage dealer contacted me, post-filming, saying, ‘I have another of those dresses.’ I asked her where she got it and she mentioned it was from a department store.

I loved the geometric pattern and how it created a mesh around her body. I decided to do something softer and something that would cling to her curves better. That’s when we decided to bead it — but on the diagonal so it skims the body. It’s very heavy and weighs around 40 pounds. It’s very pale pink and champagne pearls with Swarovski crystals all over it.” 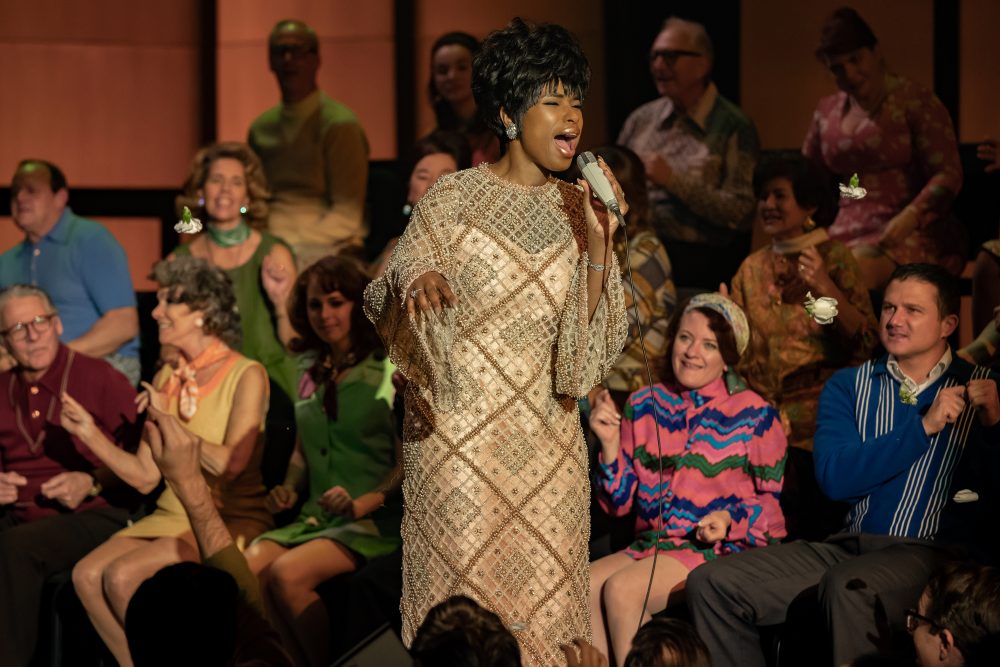 “I love the vulnerability of that costume. This is her at the super low point [she’s drinking], she doesn’t care about her hair and there is zero vanity. She is at her purest.

“It’s a vintage one from the period. We looked at a lot of slips because you have to look at the comfort of the actress. Jennifer was so egoless about it because she understood the trajectory of her performance, and it allowed her to do the work and for that moment to be completely vulnerable. We distressed it a bit and added some sweat stains by her armpits.

“It prepares us as an audience for ‘Amazing Grace’ [the scene that follows].”