Golden Globes Predictions: Who Will Win in the Film Categories? 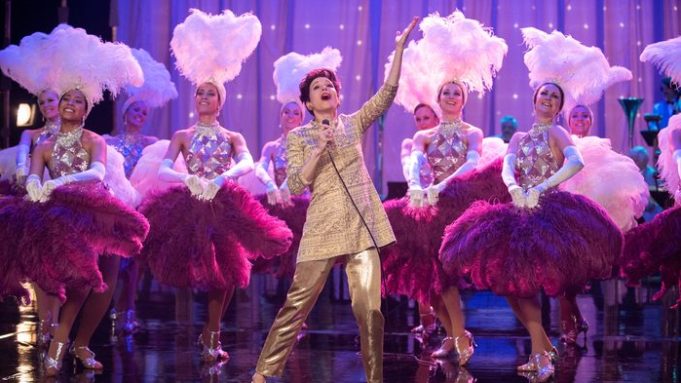 With the Golden Globes just around the corner, there’s only one thing that seems inevitable: Renée Zellweger will win for best actress in the drama category when the awards are handed out on Jan. 5.

Besides that, the Hollywood Foreign Press Assn. can go in so many different directions, as the Globes are arguably the most unpredictable of all the awards shows.

But that’s not going to stop us from trying to read the HFPA tea leaves. Here, we give you our predictions for the big night.

Winner: “The Irishman”
The HFPA can’t get enough of Martin Scorsese, particularly the access the group has been given to the director and his stars Robert De Niro and Al Pacino.

Winner: Renée Zellweger
The three-time Globe winner has been the favorite to sweep awards season ever since “Judy” premiered at Telluride.

Winner: Adam Driver
The actor is working overtime this season, so the award is his to lose.

Winner: “Once Upon a Time in Hollywood”
Quentin Tarantino’s ode to Tinseltown has had a long stretch since premiering at Cannes in May, but it hasn’t lost a bit of steam heading into awards season.

Winner: Awkwafina
It’s a contest between Awkwafina and Beanie Feldstein, but in the end the Globe goes to the one-time YouTube star. She’s served well by having more name recognition.

Winner: Eddie Murphy
He’s the only true comedic actor nominated in the category. The love and nostalgia for Eddie Murphy can’t
be underestimated, and his return to “Saturday Night Live” solidified his standing just nine days before Globes voting closed on Dec. 30.

Winner: Jennifer Lopez
J.Lo hasn’t been nominated since her star-making turn in “Selena” in 1998. Even so, she’s been a frequent presenter at the HFPA shindig ever since, and has been one of this season’s most vigorous campaigners.

Winner: Brad Pitt
The HFPA’s affinity for the world’s most famous stars will shine on Brad Pitt. He’ll snatch his second Globe for acting, 24 years after winning in 1996 for “12 Monkeys.”

Winner: Quentin Tarantino
If the last three years are any indication of what’s to come — each screenplay winner also took home a best picture win — then the award goes to Tarantino, continuing his legacy of picking up the same award for “Django Unchained” and “Pulp Fiction.”

Winner: “Toy Story 4”
The second and third installments of the beloved Disney franchise took home the prize so expect the fourth to win again on the same night that star Tom Hanks receives the Cecil B. DeMille Award — and 25 years since the original made history as the first fully computer-animated feature film.

Winner: “Parasite”
Bong Joon Ho’s comic thriller should have absolutely no problem winning. The film is a favorite of just about everyone in Hollywood, including the HFPA.

Winner: Thomas Newman
Thomas Newman’s score for Sam Mendes’ World War I epic was a perfect match for Roger Deakins’ cinematography to capture the physical and emotional horror of war.

Winner: “I’m Gonna Love Me Again”
Going into awards season, “Cats” was supposed lap up all the music awards, but we know how that movie turned out. So look for Elton John to pick up his second win, made even sweeter because he’ll share it with his longtime collaborator Bernie Taupin.