Will the Oscars Reward Repeat Nominees Like Glenn Close and Amy Adams This Season? (Column)

Multiple nominated actresses are in play with the Academy this year and we're wondering if they will get their due. 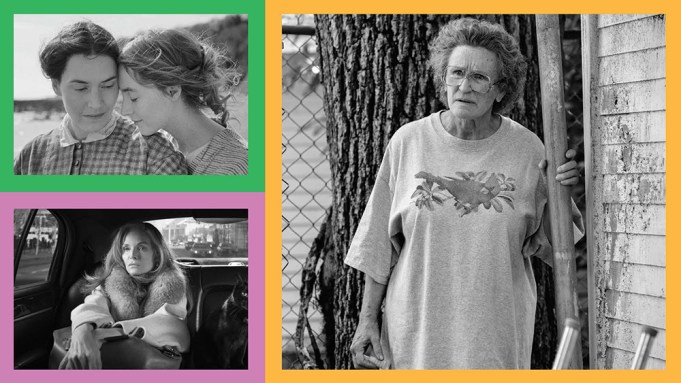 “It’s an honor just to be nominated” is the overused line that many Oscar nominees have said over the years, particularly after a loss. Though that’s true, winning a coveted statuette is the real prize.

The highest-profile overdue veteran actor competing for an Oscar this season is Glenn Close, the wisecracking Mamaw in Ron Howard’s “Hillbilly Elegy.” With seven previous nominations (the most of any living actor without a win), Close, who has delivered win-worthy turns in “Dangerous Liaisons” and “Fatal Attraction” looks to finally have her moment. Her most recent loss, for 2018’s “The Wife” to Olivia Colman in “The Favourite,” was felt in awards enthusiast circles. With what seems a thin roster of supporting actress contenders this year, Close is in the running once again, looking to go against Colman’s work in “The Father.”

Close’s co-star Amy Adams is playing the same card this year in “Hillbilly Elegy.” Currently tied with the great Deborah Kerr for six nominations, Adams has seen her run to the Dolby Theatre stage come up short far too many times, but she doesn’t look to be letting up anytime soon. Six nominations over a 14-year period is no easy feat, and she has arguably been close to winning with turns in “Junebug” and “The Fighter.” As the drug-addicted mother Bev in “Hillbilly,” Adams could factor into the best actress or supporting actress race (Netflix has yet to confirm which category she will campaign in).

Though not at the top of minds at the moment, Annette Bening appears to be turning the corner of future Oscar winner, with close calls for “American Beauty” and “Being Julia.” Hindsight being 20/20, her work in “20th Century Women” also could have been her ticket with a stronger release strategy. Her role in William Nicholson’s “Hope Gap” has garnered good notices, but Roadside Attractions will need to mount the right campaign for her.

Saoirse Ronan is one of those actors we know will win an Academy Award one day, and it’s likely coming in the very near future. Fresh off her nod for Greta Gerwig’s “Little Women,” the 26-year-old has four nominations in total, and if nominated for Francis Lee’s “Ammonite,” she would break the record of her co-star Kate Winslet for being the youngest person to reach five nominations.

It’s been 18 years since Michelle Pfeiffer was last nominated, for her performance in Jonathan Kaplan’s “Love Field.” Her three career noms include “Dangerous Liaisons” and “The Fabulous Baker Boys”; many feel her turn in the latter should have been her ticket. It helps to have a few snubs under your belt when playing the “overdue” narrative, and Pfeiffer has a few, including “Batman Returns,” “The Age of Innocence” and “White Oleander.” Her work in “French Exit” is a marvelous outing and one of her best yet, but she’ll be fighting to stay in the conversation as the film doesn’t open until February, the final stretch of the extended timeline.

Overdue narratives aren’t just about the non-winners; they also apply to previous winners who many feel are owed another statuette. It’s been 46 years since Ellen Burstyn won her Oscar for Martin Scorsese’s “Alice Doesn’t Live Here Anymore,” and she likely finished second to Julia Roberts in “Erin Brockovich” 20 years ago. If the buzz for Vanessa Kirby grows for “Pieces of a Woman” from Netflix, some of that love might spill over to Burstyn as a grieving grandmother.

Viola Davis’ supporting actress win for 2016’s “Fences” was well-deserved, but she was owed after being nominated for 2011’s “The Help” and losing to Meryl Streep. Her work in “Ma Rainey’s Black Bottom” might have the goods to maneuver through the season, putting her in the mix to challenge in a highly competitive best actress race.

The legendary skills of Sophia Loren are on full display in “The Life Ahead,” where she delivers one of her finest performances yet. At 86, she could make history as the oldest nominee (surpassing Emmanuelle Riva, who was nominated for “Amour” at 85). In 2021, it will have been 56 years since her last nod (for 1964’s “Marriage Italian Style”), and if nominated, she will break the record held by Henry Fonda for the longest gap between acting nods.

Visit THE AWARDS HUB to see the full list of contenders by category.